Even after several years, the motorcycle community can’t seem to get enough of modern-retro bikes. Coming in all shapes and sizes, these bikes feature thoroughly modern tech, while boasting design cues inspired by bikes of yesteryears. For instance, bikes like the Yamaha XSR900, Honda CB650R, as well as the entire fleet of Royal Enfield motorcycles are loved by many thanks to their charming retro looks.

Just recently, we were introduced to yet another duo of modern-retro bikes in the form of the Husqvarna Svartpilen and Vitpilen 401. Sharing the same platform as the hotshot streetfighter KTM 390 Duke, the Huskies do away with the sharp and angular body work, and instead, don a more svelte attire. When placed side by side with the KTM platform, it’s easy to think that the Husqvarnas were built off a completely separate platform, with their round headlight and flowing lines doing a good job of catching the eye.

In particular, the Vitpilen 401 is considered to be the sportier of the duo. Designed as a sharp café racer, the Vitpilen employs aggressive ergonomics and a punchy 373cc single-cylinder engine. But what if you’re new to motorcycling and want that retro aesthetic, but find the 401’s performance figures to be too overbearing? Then perhaps, the Husqvarna Vitpilen 125 is for you.

Want to buy a KTM 390 Duke? Read this before you buy 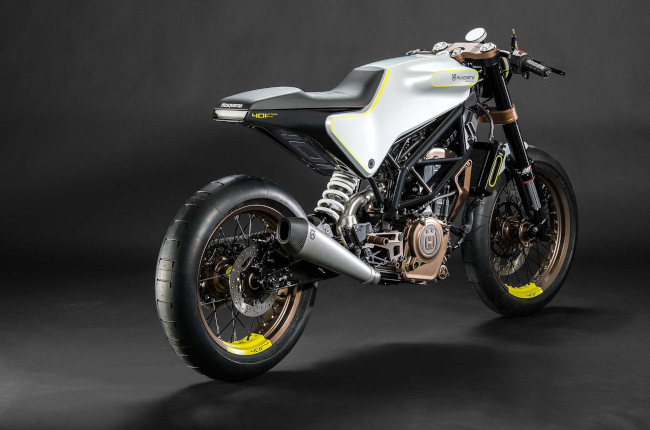 Initially breaking cover in Europe as an A1-compliant learner motorcycle, the Husqvarna Vitpilen 125 joins the already existing Svartpilen 125 in the Swedish manufacturer’s arsenal of beginner machines. This beginner bike shares the same chassis, dimensions, and overall design as its bigger sibling, albeit keeps the power at bay, making for a friendly yet aggressive-looking bike. Equipped with a 125cc, liquid-cooled, single-cylinder engine, the baby Vitpilen pumps out a decent 15 horsepower—enough to provide a true motorcycling experience, but not enough to get you into too much trouble.

In the local market, we have the Husqvarna Svartpilen 200 as a gateway drug into the bigger Huskies. It isn’t clear just yet as to whether or not KTM Philippines will bring in the 125 range. Perhaps they’ll go right ahead and launch a Vitpilen 200 specifically for the Philippine market. Nonetheless, it’s pretty cool that manufacturers are beginning to put more attention towards their entry-level offerings, as this makes it even more exciting for beginners to get into the two-wheeled lifestyle.