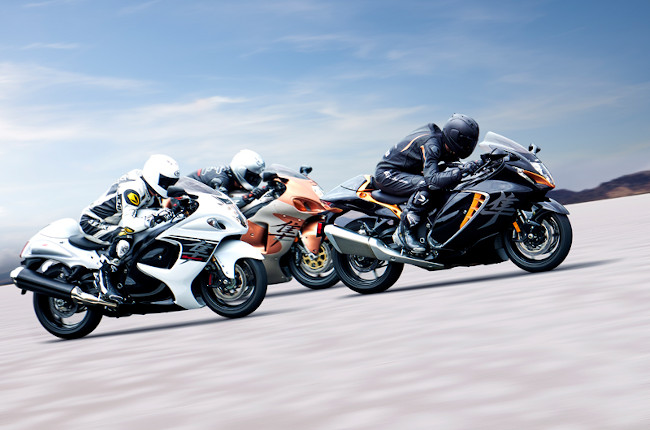 Ladies and gentlemen, it’s official. The Suzuki Hayabusa is now available in the Philippines. Now, the Suzuki Hayabusa is quite possibly one of the few motorcycles which needs no introduction, even to non-motorcyclists. This legendary sportbike has captured the hearts and minds of thousands, if not millions of motorcycle enthusiasts the world over—with the Philippines being no exception. Suzuki Philippines launched the bike in a virtual event held last Saturday, and boy, are we looking forward to seeing this bike in the metal.

The new Suzuki Hayabusa is powered by Suzuki’s legendary 1,340cc inline-four cylinder engine. Boasting dual-overhead-cams, fuel-injection, and four valves per cylinder. It pumps out an exhilarating 188 horsepower. It’s interesting to note, however, that this is a few ponies down, when compared to the old bike’s 197 horsepower. However, this comes as a result of engineers needing to tweak a few things in order to achieve Euro 5 compliance. Besides, 188 horsepower is nothing to scoff at.

The Suzuki Hayabusa is back, here’s what to expect. As expected, the Suzuki Hayabusa has breached the P 1,000,000 mark by just a hair. With a sticker price of P1,088,000, the new generation Hayabusa is by no means a budget-friendly machine. It is, however, loaded chock full of value, given the fact that it now boasts some pretty sophisticated electronics, as well as more than enough power you could ever need on public roads.That being said, the P1,088,000 price tag doesn’t seem too steep, especially considering that the previous bike came with a sticker price of P924,000.