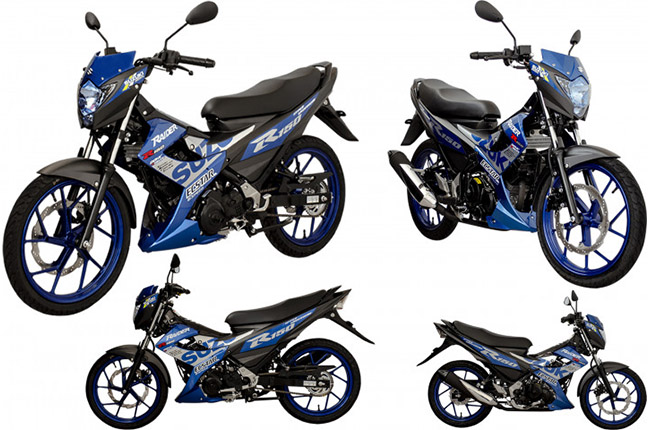 The Suzuki Raider R150 has always been one of the more popular choices in terms of underbone motorcycles. The rather powerful engine coupled with the light frame gives the Raider a unique appeal in the market. Fans of the MotoGP Team Suzuki Ecstar can show their love with the new Raider R150 in the exclusive racing livery. 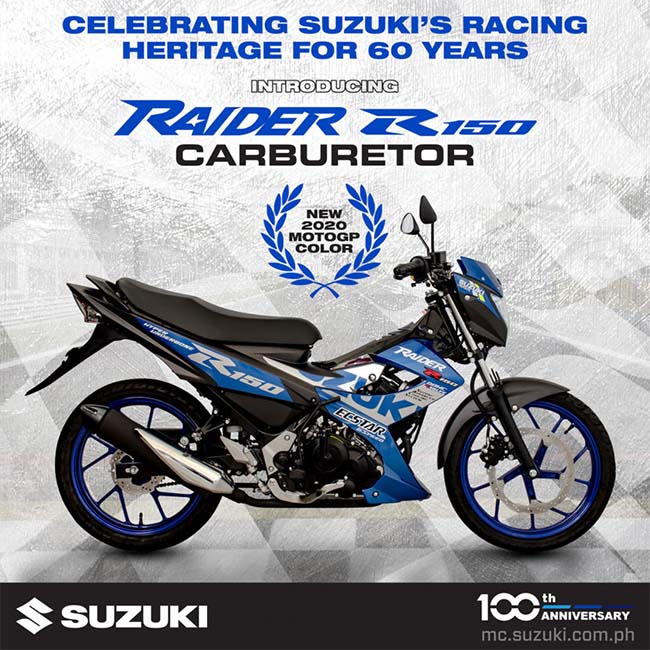 Suspension duties are provided by a telescopic fork upfront and a mono-shock swingarm for the rear. Disc brakes on both ends slow the bike down and bring it to a stop. With a very Pinoy-friendly seat height of 764 mm and a dry weight of only 106 kg, riders wouldn’t find it difficult to swing a leg over the Raider R150 to take it through the city or on long sweeping provincial roads.

Even with its new racing livery, the 2020 Suzuki Raider R150 Team Suzuki Ecstar edition is still priced as its other color variants at P97,900. It’s available throughout the nationwide dealership network of Suzuki Philippines. With its popularity among Filipinos, we wouldn’t be surprised if they start scampering to their nearest dealerships to check out the new MotoGP livery of one of its best-selling underbones to date.