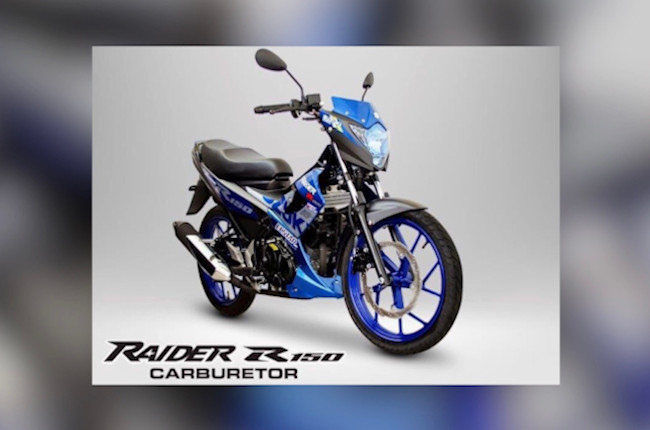 We are all well aware that the Suzuki Raider has long been the number one best selling underbone motorcycle in the Philippine market. Thanks to its affordable price tag, easy maintenance, and vast aftermarket support, the Raider has become a household name for motorcycle riders ranging from enthusiasts to folks who make use of their bikes as tools of trade. It only takes one step onto the bustling streets of the metro to see just how popular the Suzuki Raider is. These bikes litter the streets with one being spotted every few seconds.

To make the country’s best selling underbone even better, Suzuki has updated the Raider R150 for the 2021 model year. Granted, all they’ve done is add new color schemes into the equation, it goes without saying that the Raider will continue to sell like hotcakes. Going into further detail, the Japanese motorcycle manufacturer has updated the liveries of both the Carburetor and Fuel Injection versions of the Raider R150. For the Carburetor version, three new colorways have entered the fold: blue and gray with blue wheels, red and black with red wheels, and a blue and orange color scheme with matching black alloy wheels. The Fuel Injection variant likewise gets four new colorways namely, red and black, black with red accents, blue and red, and black and white. Perhaps one of the strongest selling points of the Suzuki Raider R150 has been the fact that it’s so easy to modify this bike for a specific purpose. After all, the Suzuki Raider boasts the largest aftermarket scene, with notable manufacturers offering a plethora of modifications ranging from exhaust systems, to better brakes, to aesthetic modifications. On top of that, the bike’s 147cc liquid cooled engine churns out an impressive 15 hp, which when combined with its lightweight construction, makes it an incredibly nimble machine. The Suzuki Raider R150 carries a sticker price of P109,000 for the Fuel Injection variant, while the Carburetor version will set you back a more affordable P96,900.