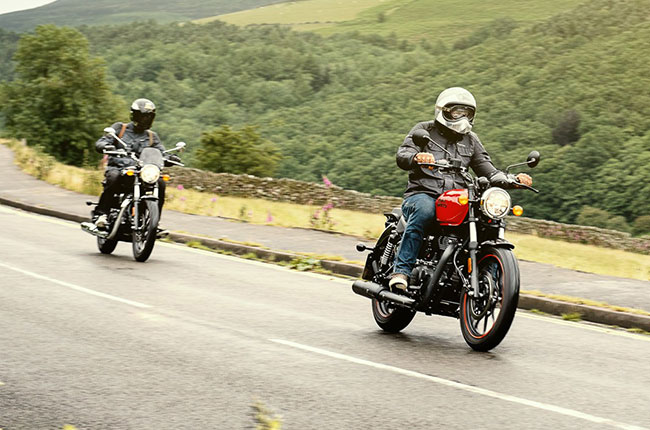 Modern-retro motorcycles seem to have a never-ending appeal to enthusiasts and non-enthusiasts alike. Apart from sporting a totally badass aesthetic, these bikes often come with adequate modern-day tech which puts them on par with modern bikes in terms of safety and reliability. Royal Enfield is one of the most popular brands when it comes to motorcycles of this type, with their 650 Twins in the form of the Interceptor and Continental GT. These two bikes were thunderbolts in the global motorcycle scene when they were launched in 2018.

Last year, Royal Enfield launched the Meteor 350 in the Indian market, as a replacement to the Classic 350. The bike featured updated styling, alloy wheels, and the same, lovable 350cc air-cooled thumper. Shortly after its debut, the Meteor 350 began selling like hot cakes all across India, with people using it as a daily commuter, a platform for custom builds, and everything in between. This time around, the brand new cruiser has finally made its debut in the Philippine market. The Filipino motorcyclist is very much acquainted with Royal Enfield, with its gorgeous motorcycles and affordable prices. The Meteor 350 makes a perfect addition to Royal Enfield Philippines' already impressive fleet of two-wheelers. Starting at P232,000, the Royal Enfield Meteor 350 has been launched in an array of striking color options that’s sure to appeal to the varying tastes of Pinoy motorcyclists. Customers have the option of choosing among Fireball Yellow, Fireball Red, Supernova Blue, Supernova Brown, and Stellar Black. On the performance front, the Meteor 350 is fitted with a 349cc single-overhead-cam engine. Featuring air-cooling and fuel injection technology, this engine is both reliable and fuel-efficient, with its 21 horsepower power output that is more than adequate for long rides out of town.

Bookings for the new Royal Enfield Meteor 350 have commenced all across the country. If you’re interested to learn more about this new bike, don’t hesitate to reach out to us by filling out the query form at the bottom of this page.