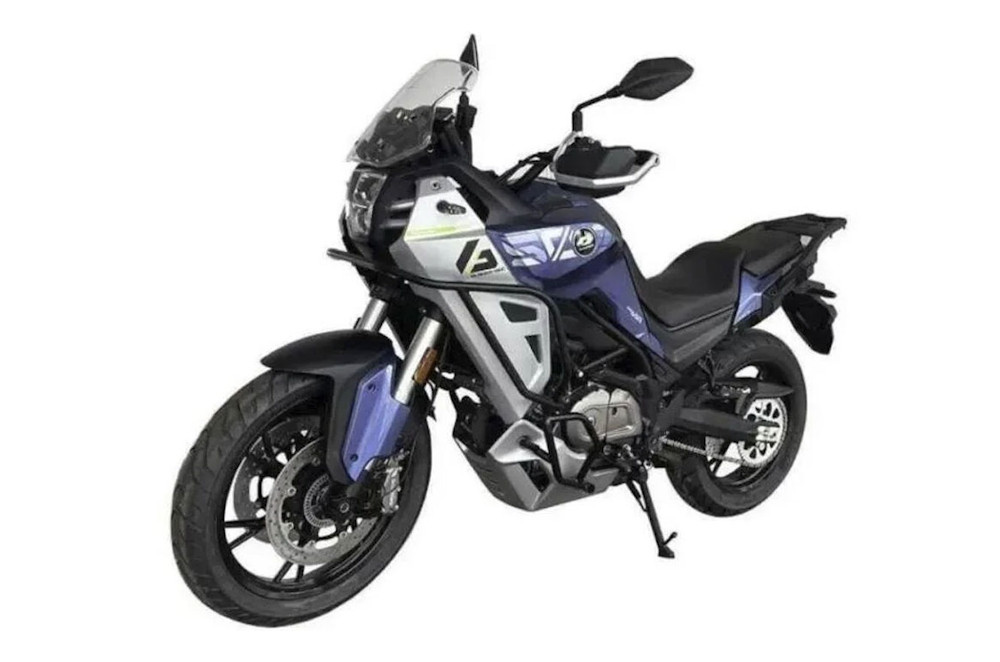 QJ Motor, which you may be familiar with as the parent company of Benelli, is one of those motorbike businesses that never seems to run out of new models to release. Not long ago, the Chinese motorcycle maker granted patents for a new V-twin powered adventure bike that would fit firmly into the fast expanding mid capacity adventure bike sector.

While all we had to rely on back then was speculation, new information regarding the impending QJ Motor midsize ADV has emerged. The new 650 Road Trail will be released in China first, and will have QJ Motor badging and rugged, off-road-focused bodywork evocative of Dakar rally racing bikes. The new bike, contrary to popular belief, does not resemble the current TRK502 adventure motorcycles in the Benelli model line. In terms of technical specs, the QJ Motor 650 Road Trail is powered by a 645cc V-twin engine with bore and stroke dimensions of 81 x 62.6 mm. It has been proven that the architecture of this engine is extremely close to that of the well-known and proven engine used in the Suzuki SV650. The performance ratings are also rather good. QJ Motor's new engine produces 76 horsepower and has a top speed of 185 kilometers per hour.

A bevy of good components underpin the bike's remarkable middleweight performance. For instance, the wire spoke wheels depicted in the patent applications do not appear to exist. In their place, we discover alloy wheels with 19-inch front and 17-inch rear diameters. The bike comes to a standstill with standard Brembo radial braking calipers and Bosch ABS. A KYB inverted front fork and a preload adjustable, centrally located monoshock at the rear handle suspension tasks.

The motorbike weighs 219 kilograms and is believed to be a more road-focused adventure bike. It wouldn't be shocking if a more off-road rally-focused model was released in the future. Given how close to production-ready this motorbike looks to be, it won't be unexpected if it soon makes its way to Europe and other nearby Asian countries under the Benelli or QJ Motor names.