Yamaha Philippines called us out to the Carmona Racing Circuit to get a chance to see and test out the all-new R15M and the updated R3. Two of Yamaha’s small sportbikes were on display at the event, then eventually rolled out of the stage and onto the race track for all the experience.

Motovloggers, bloggers, and the media were all invited to test out these two sportbikes on track, but not without a short and sweet product and safety briefing. 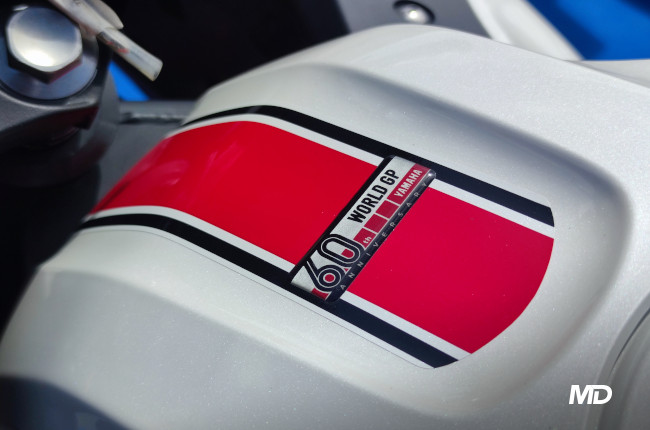 While the R3 received a new 60th-anniversary colorway, the Yamaha R15M got a new colorway along with a slew of brand new features and fairings that earns it the “all-new” description. For the 2022 model year, Yamaha pulled out all the stops and turned the base R15 into a true M variant for the market. The addition of an ‘M’ meant that this is no average 150cc sportbike even if it still had about the same power and torque output pegged at 18.4 hp and 14.2 Nm of torque. The numerous additions aren’t all for racing. Yamaha’s Y-Connect system integrates seamlessly with the unit, allowing for riders an expanded view of their motorcycle’s data. Fuel economy, temperature, speed, and more are in store to give riders a good view of how they’re riding and what can they do to improve their metrics. On the performance side of things, the more exciting goodies in the R15M include traction control, an assisted slipper clutch, ABS, and a quick shifter that allows for full throttle shifting. The fairings are also all-new for the model. Taking inspiration from the yet-to-be-launched Yamaha R7, the R15M features a center-mounted LED headlight, along with an LED strip on each side that serves as DRLs. On top of those fairings, Yamaha has given the R15M two new colors with the first being a silver black, and blue colorway with appropriate R15M branding that even extends to the seat. The more special 60th-anniversary edition comes with a heritage white red and yellow color palette that has special badges that commemorate the 60th year of Yamaha’s World Grand Prix Anniversary. These new models are now available with the Yamaha R15M starting at P189,500, and the R3 starting at P277,000. If you want your bike as a 60th-anniversary edition, then be prepared to pay a little more over the standard variants.