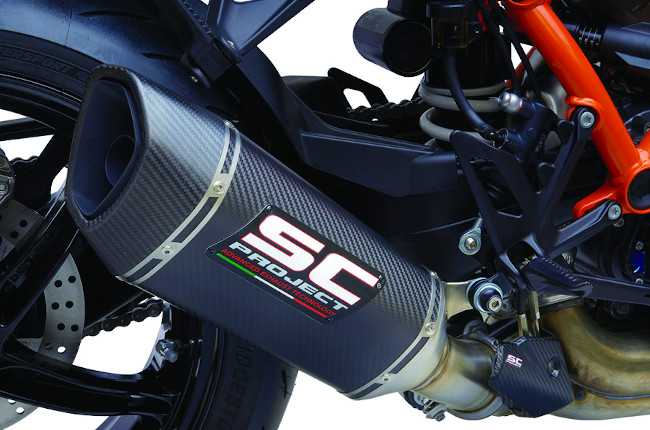 For most motorcycle enthusiasts, an aftermarket exhaust is among the most popular modifications made on their bikes. Found on everything from 125cc scooters to fire breathing 1000cc sportbikes, aftermarket exhaust systems can be the cause of joy and excitement for some, and a serious cause of annoyance for others. As a result, the massive popularity of aftermarket exhausts has created a massive aftermarket scene, a large chunk of which is comprised by aftermarket pipes and mufflers.

Now, the legality of aftermarket exhaust systems has been a highly debated topic. However, the most widely accepted standard was that of the Land Transportation Office mandated 115 decibel limit. Well, all this could be about to change, as the LTO is now drafting new guidelines in accordance to the implementation of the new Motor Vehicle Inspection System, or MVIS. In line with this, a new decibel limit of 99 decibels is being proposed. To avoid confusion this early on, the LTO has made it explicitly clear with regards to the what and how of it all. 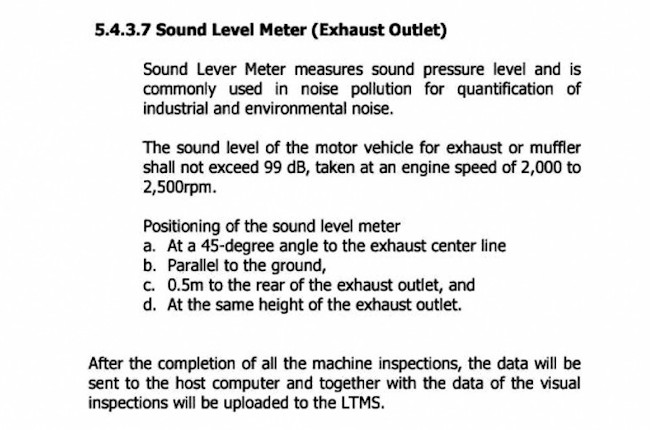 Getting right into it, the new mandated sound limit for all vehicles—be it cars or motorcycles—is 99 decibels. The guidelines make it clear that the sound is to be measured at exactly 0.5 meters away from the tip of the exhaust pipe, with the sound level meter at a 45-degree angle with respect to the vehicle’s exhaust pipe. The sound level meter must also be parallel to the ground while testing the sound level of a motor vehicle. Lastly, the motor vehicle’s exhaust sound will be measured at an engine speed ranging from 2,000 to 2,500 rpm.

So there you have it, clear as day. Moving forward, the maximum sound limit to be emitted from any vehicle’s exhaust system must not exceed 99 dB. Should your car or motorcycle fail the sound level test, the burden of reinstalling your stock system, or installing an aftermarket system that’s a bit quieter will be on you, and you will need to pay an additional P300 fee for reinspection.