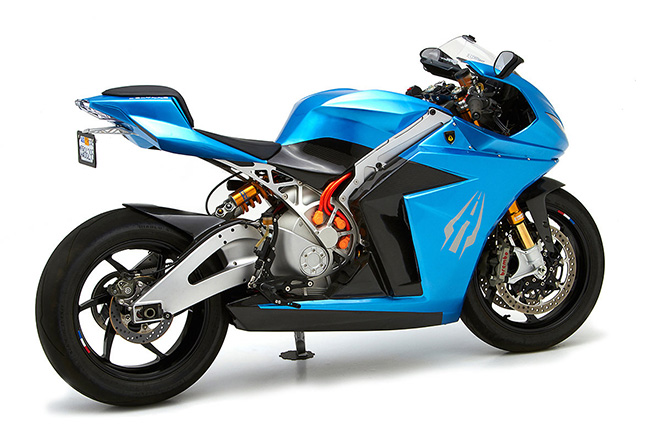 Lightning motorcycles have been producing electric motorcycles ever since the company started back in 2006. They successfully built one of the fastest electric motorcycles in the world after setting a new land speed record at the Bonneville salt flats with the speedo clocking in 350.8 km/h. They also have seen some success in winning the two-wheeler class at Pikes Peak in 2013 effectively proving that electric bikes are capable of speed, with the Strike battery-powered sports bike. Now, they’re trying to take it even further and faster with the new patent they just filed of a fully enclosed electric motorcycle. The new patent shows a radical departure of the company’s Strike battery-powered sports bike, which reveals not many details about the machine itself.  The patent, which was filed in China where they plan to set up a factory to manufacture their components, shows that the owner is “Lightning Motorcycle” and the designer is Richard Hatfield, Lightning’s CEO, and founder. The patent’s sketches reveal that the new machine is colored with the firm’s signature blue paint with a slanted headlight design. 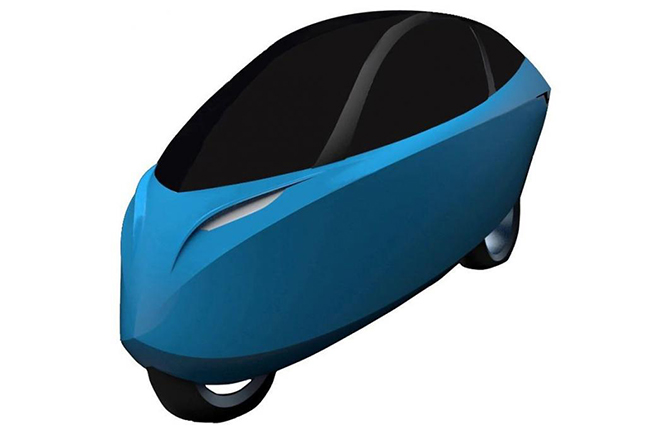 Its design closely resembles a similar patent for an enclosed motorcycle that was filed in the 1980s by the Swiss Firm Peraves which sold enclosed bikes then which were traditionally powered by BMW K-series engines. With Lightning’s designs, just as the one filed by Peraves, the teardrop-shaped fairing will cut through the wind making the most of the engine’s every watt giving it both more speed and range. While not much is revealed underneath the shell, its dimensions suggest that the motorcycle will be having a car-style seating positions. The sketches also did not reveal how the motorcycle would stop itself from falling when placed in a stationary position. Previous solutions utilized extendable outrigger wheels which were also used by Peraves on his enclosed bikes. However, today, current technological developments have also allowed the use of self-balancing technology that could be integrated into the machine similar to the ones seen in Honda’s “Riding Assist” concept bikes.

Just as with all patents, we have yet to see when these new sketches and technologies would come into fruition with their new concept bikes. Surely, we’ll keep our eyes peeled for any more updates.