It's almost the end of the year. Brands are scrambling to get their model updates out to the market. KTM is sneaking in one or two more releases, as it's rolling out the 2022 390 Adventure for our enjoyment.

Adventure bikes run aplenty these days, but KTM's entries in the segment have gathered praise since debuting in 2019. By updating the 390 Adventure only two years later, KTM shows it's committed to keeping its newer models great. 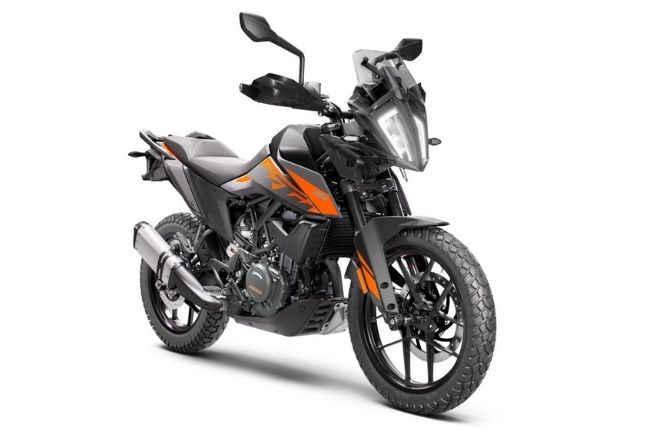 With the 2022 390 Adventure, KTM kept the same chassis and engine. It still features an unchanged trellis frame and a single-cylinder water-cooled engine that delivers 43 hp and 36.61 Nm of torque. While the engine remains the same, it's now reportedly Euro-5 compliant.

KTM also put a new wheel design on the 390 Adventure, which it says should make for a better off-roading experience. The size is identical to the current model, with 19 inches at the front and 17 inches at the rear, but the bike gets a robust 10-spoke design. Continental provides the tires here, with TKC 70s coming standard.

Brembo's sub-brand ByBre provides the brakes: a single 320 mm front disc and 4-piston caliper for the front and a 230 mm rotor and 2-piston caliper at the rear. There's a new switchable off-road ABS feature, which can kill the anti-lock at the back while reducing effects at the front. Cornering ABS is available —a mildly surprising but welcome feature at this displacement and price point. On top of that, the traction control system gets an off-road mode. It joins the standard street setting as the two riding modes on the 390 Adventure. This function is still controllable with a 5-inch TFT display. Bluetooth and audio controls are also available.

The 2022 KTM 390 Adventure will become available over the next year. A Philippine release is likely, but we'll have to wait for official launch announcements for this new adventure bike.