The KTM 390 Adventure has been one of the most anticipated motorcycles by the Austrian marque. KTM Philippines has already announced earlier this year that they were planning to launch the middleweight adventure motorcycle into the Philippine market sometime in May — this month. Just a little over a month after, the whole country was placed under an Enhanced Community Quarantine (ECQ) brought about by the global COVID-19 pandemic, causing manufacturers to suspend their operations and showrooms to temporarily close. 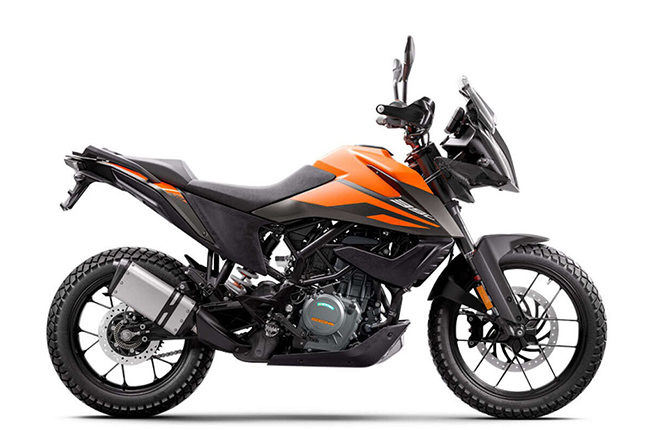 However, KTM Asia Motorcycle Manufacturing (KAMMI) assembly plant, located in Sta. Rosa Laguna, has managed to continue its operations with a skeletal workforce but ensuring their workers of strict adherence and compliance to health protocols prescribed by the Inter-Agency Task Force (IATF) for the Management of Emerging Infectious Diseases, the primary government unit tasked with dealing with the COVID-19 pandemic. Because of this, KAMMI was still able to produce and export Philippine-made KTM motorcycles to our neighboring countries in the past few weeks. Despite the ECQ, KTM Philippines president expressed his gratitude for the production of world-class motorcycles by the plant.

We are very proud and grateful that we have been given the trust and opportunity to show the world that we Filipinos can build these exceptional and world-class performance motorcycles for both the domestic and the international market.
Dino Santos
President, KTM Philippines Despite this, the much-anticipated launching of the KTM 390 Adventure has been nonetheless pushed back from launching this month. “As we ease into our new normal, we had to change our definition of launches.  No more huge crowds or gatherings but a more intimate and experiential approach involving the bikes that are also celebrated online via multimedia,” Santos added. This decision follows KTM’s move to cancel its participation in international motorcycle shows including EICMA and Intermot where new models are more commonly launched.

On June 6, KAMMI is going to be celebrating the third year anniversary of its facility since its opening and now, it is being speculated that this celebration will coincide with the launch of the 390 Adventure — finally. Whatever happens, it’s already certain the unveiling will not be done in a public place but instead would be utilizing online channels similar to that of Honda’s “Virtual Motorcycle Show”.

The 390 Adventure has been initially set to be priced at P309,000. The motorcycle is powered by a 373 cc liquid-cooled single-cylinder engine, similar to that of the Duke and RC 390 range, capable of 45 hp and 37 Nm of torque. It also features LED lighting, Bybre brakes with two-channel ABS, traction control, slipper clutch, and Bluetooth connectivity via its TFT color display.