Austrian motorcycle brand, KTM, just launched two new motorcycles in the form of the 890 Adventure R, and the 890 Adventure R Rally with the brand’s new 890 cc motor that was found on the KTM 890 Duke R launched earlier this year. Also dubbed as the Super Scalpel, the new ADV models from KTM get the same power plant from the capable naked bike.

The Austrian motorcycle manufacturer used a slightly modified engine for its new ADV offering. With all the rally racing experience that KTM has under its belt, they’ve used their learnings and data from the dozens of races they’ve participated in and put it in a new and exciting middleweight adventure bike package. 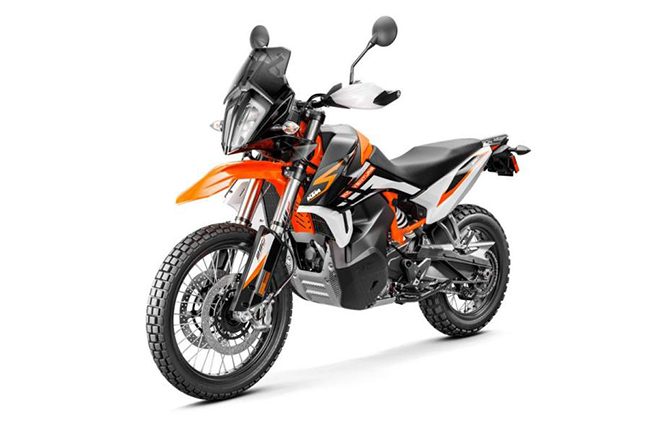 Not just a bump in displacement from the 790 Adventure, the 2021 KTM 890 Adventure R and its Rally version are powered by a four-stroke, twin-cylinder engine that displaces 899 cc producing 105 hp and 100 Nm of torque. The engine is mounted to a tubular Chromoly steel frame with an aluminum steering head tube and lighter subframe keeping the bike’s total weight well under 200 kgs. It is mated to a 6-speed gearbox with an optional Quickshifter for the 890 Adventure R. Add that with its race-spec components and you’ve got an extremely exhilarating adventure machine.

A set of WP XPLOR 48-mm inverted fork together with a WP XACT PDS mono-shock setup for the rear provide 270 mm of suspension travel to soak up bumps on the dirt road and keep the tires on the ground. 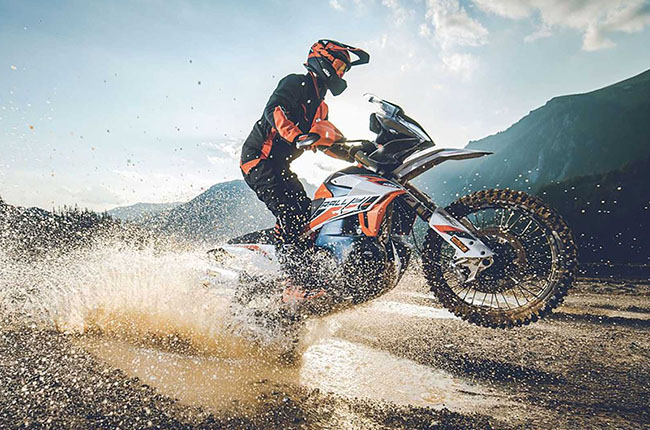 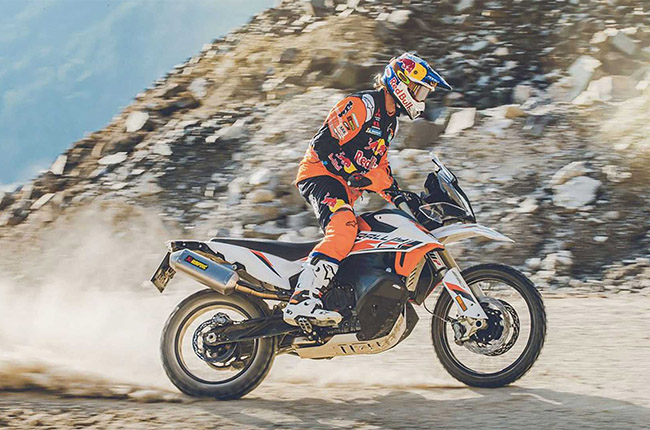 Other rider aides include cornering and off-road ABS, riding modes, and KTM’s Motorcycle Traction Control (MTC) which measures slippage and lean angle to determine how much intervention the system is required for any given situation. It also comes with a new 5-inch TFT display that reads out all the information the rider needs.