The Kawasaki 400 range of bikes is getting a minor change for 2022. The standard and naked bikes in Kawasaki’s lineup will get a new coat of paint and a new set of decals.

Kawasaki’s Ninja 400 is a great entry-level big bike for the country, and it gets a green-er paint scheme compared to its predecessor which had more hits of black on its bodywork. Kawasaki eschewed the gold trim on the KRT edition for the Euro 5 model, and it’s mostly the same story when it comes to performance. Kawasaki claims that the model will still make 44.7 hp with a torque figure of 37 Nm—one Newton-meter down from the Euro 4 version. 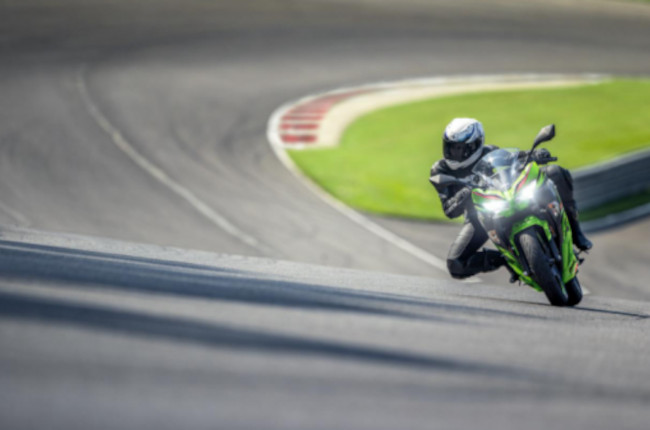 Everything else remains the same with a 310mm front disc and 220mm rear disc for braking. The suspension is still similar to before, and the weight remains the same. Euro 5 certification deals mainly with the engine’s emissions, but Kawasaki also adjusted the clutch to be 20% lighter than before.

It’s the same story with the Kawasaki Z400. Everything that made the bike a great entry-level option remains the same for the new model year. Again, the Euro 5 certification reduced the 399cc parallel-twin motor’s torque output by one Newton-meter, while horsepower remained the same. Being a naked bike, the curb weight for the Z400 is still 167 kg, the same as before. Aside from that, however, there is a new livery on the Z400, featuring Kawasaki green along with black and silver accents. Euro 5 compliance is essential for the models to be sold in certain countries, especially in Europe where emissions standards are a big deal. It’s unclear when Kawasaki Philippines will bring in these new models for the Philippines, but check in with your local dealer if and when these new Euro 5 models will be available.