The Kawasaki Vulcan S is one of the more approachable cruiser options in the market. It just makes sense, especially if you’re a rider who’s rather intimidated by the higher displacements and heavier curb weights of bigger cruisers from Indian or Harley-Davidson. The Vulcan S shares the same engine found in Kawasaki’s 650cc model range. As such, it lends itself to a surprisingly versatile platform. That’s right, despite being a cruiser, the Vulcan S can be taken on long-distance tours, city rides, and even some mild sporty riding.

Having said that, Kawasaki’s most popular cruiser has just gotten better. Recently launched in the European market, Team Green has given the Vulcan S a few updates, making it even more versatile and appealing to a wider range of riders. Three variants of the Vulcan S have been updated, namely, the Standard, Tourer, and Performance. The standard version, simply referred to as the Vulcan S, is the most basic of the lot, and dies away with all the sporty and touring-oriented farkles. Meanwhile those of you who enjoy long rides will be best served by the Vulcan S Tourer, which comes standard with side panniers, a sissy bar, and a windscreen. The Performance variant gets a café-racer-style headlight cowl for a sportier aesthetic.

5 of the most fuel-efficient big bikes 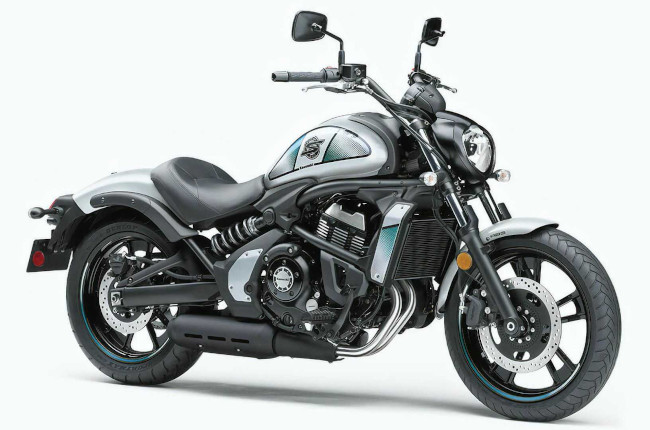 Kawasaki has also announced a slew of in-house optional extras for the Vulcan S range. A selection of genuine accessories can likewise be fitted on to any of the three variants. Additional accessories under the Ergo-Fit options are also available for those who want to tailor fit their bikes for added comfort. All this means that would-be Vulcan S owners can ride home on what is essentially a custom motorcycle straight from the showroom floor. Of course, all these in-house optional add-ons will come with a sizable premium.

As far as performance and technology are concerned, the 2022 Vulcan S remains, for the most part, unchanged. It retains its peppy 649cc 180-degree parallel-twin motor which churns out around 60 horsepower. For the European market, an A2-compliant version is also available for beginner riders looking to get a taste of the big bike life. At present, the current generation Vulcan S is available in the local market for P415,000.