During the recently concluded 2022 Makina Moto Show, Yamaha officially launched the 2022 XSR900 in the local market with its Christian Sarron-inspired livery. The blue and gold design immediately brings to mind Yamaha's illustrious racing history, not least of which was Sarron's victory in the 250cc World Championship in 1984. It features the same CP3 mill that complies with Euro 5 standards as the 2021 MT-09, neatly wrapped into an updated chassis. 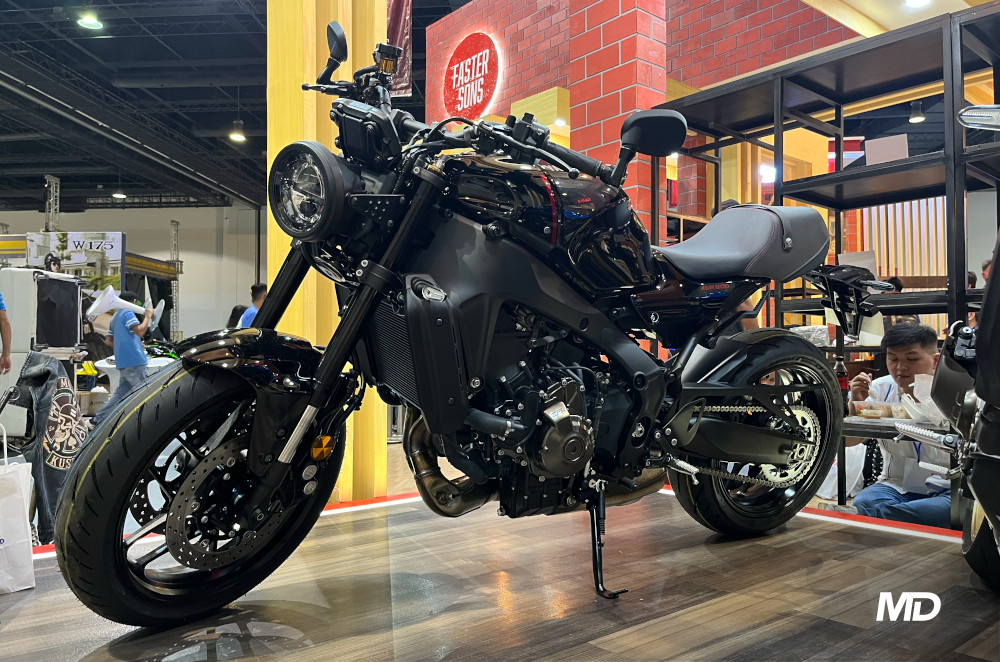 Standard features include the new die-cast frame from Yamaha, spinforged 10-spoke aluminum wheels, and adjustable KYB suspension. Traction control with lean-sensitive functionality, as well as slide, lift, and braking control are all provided by the swanky new six-axis IMU derived from the YZF-R1. The new XSR900 also comes with cruise control and an up and down quickshifter as standard features. The brand-new XSR900 is priced at P729,000, which is, quite honestly, pretty steep. The XSR's front end has been updated with a circular headlamp unit, a perforated headlight bracket, and bar end mirrors. Rearward, the seat loses its detachable cowl in favor of a sturdier passenger pad, and a side panel hides the previously exposed subframe. The short tail keeps the Grand Prix shape from the 1980s while also adding extra functionality. The XSR900 is more powerful than ever underneath the redesigned exterior. The iconic naked bike now has an 889cc displacement and is powered by the Euro 5-compliant CP3 engine, which made its debut in the 2021 MT-09. The liquid-cooled, DOHC inline triple generates 117 horsepower at 10,000 rpm. Yamaha also gives the XSR a quickshifter, cruise control, and a slipper-assist clutch in addition to the enhanced engine and chassis. At the front, precision stopping power is provided by the new adjustable Brembo radial master cylinder, dual four-piston calipers, and 298mm discs. The 3.5-inch TFT color display from the manufacturer is also included in the XSR900, just like it is in the most recent MT-09. The electronics package features lean-sensitive traction control, slide control, and ride modes, along with a six-axis IMU developed from the R1.