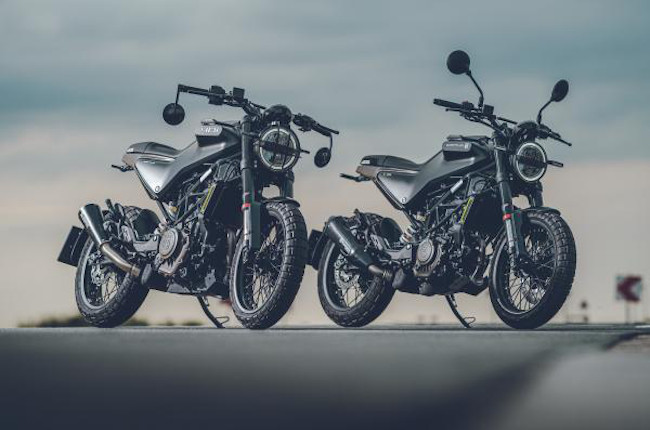 Husqvarna has a lengthy history with KTM, an Austrian motorcycle manufacturer. In recent years, the Swedish brand has merged its manufacturing process with KTM, and the two companies now share multiple platforms. This has enabled Husqvarna to introduce fresh and innovative models that stand out from the competition in terms of aesthetics while remaining financially viable.

The Vitpilen and Svartpilen, both based on the KTM Duke platform, are certainly the most popular. Husqvarna has introduced its international lineup for the 2022 model year, which includes the Svartpilen 125, Svartpilen 401, and Vitpilen 401, all of which are revamped naked bikes. All three motorcycles are made in India, however, production for the 2022 models could very soon begin in KTM's local factory in Sta. Rosa, Laguna. The same facility that makes KTM's 390 series of motorcycles, including the Duke, RC, and Adventure, as well as the 790 range of big bikes. Unlike the KTM Duke on which they are based, the Husqvarna Svartpilen and Vitpilen lack a sharp, angular appearance. Instead, we get a more understated design with simple bodywork, and a retro-inspired aesthetic. The  Vitpilen and Svartpilen are nearly identical in terms of styling. However, there are some minor distinctions between the two. The Svartpilen, for starters, has a tall and straight handlebar. The Vitpilen, meanwhile, has a clip-on handlebar that is lower, and puts the rider in a more aggressive stance. The Pirelli Scorpion Rally STR tires on the Svartpilen can also withstand some minor off-roading.

Husqvarna has updated the design of the two street bikes for 2022. The Svartpilen, whose name  translates to "The Black Arrow", is in tune with the styling update, having been given a stealthier appearance, with more blacked-out bodywork. A faint brown stripe runs beneath the back seat, for a touch of added contrast. Meanwhile, the Vitpilen 401 receives a more elegant color palette with hints of white—which is appropriate given that Vitpilen literally translates to "The White Arrow."