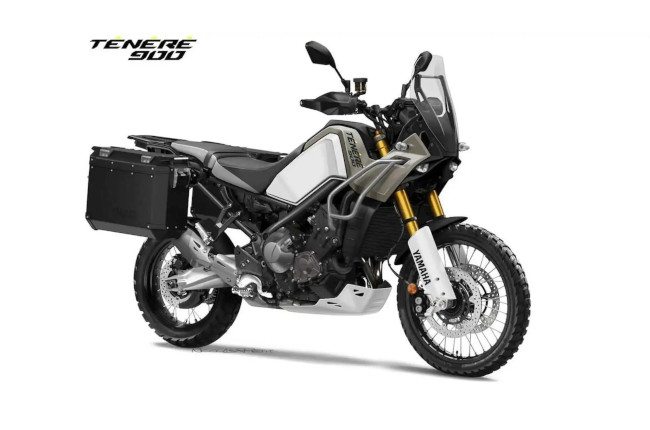 Yamaha’s adventure-tourer comes in either big or really big sizes, namely the Ténéré 700 and the Super Ténéré 1200. With the larger of the two being discontinued in some regions due to emissions regulations, quite a few customers are left with only the middle-of-the-road option from Team Blue.

If you’ve noticed, Yamaha has a knack for plopping its engines into different nameplates, as is the case with the Yamaha R7 when the Tuning Fork replaced its R6. The CP3 has received quite a bit of love in the Nikken, Tracer 900, XSR 900, and of course, the MT-09. Just like the CP2, will Yamaha give customers the CP3-equipped Ténéré in the near future?

Moto-Station reported that we could see the CP3 in a Ténéré 900 given that the Super Ténéré is no longer present in Europe. The French outlet’s report claimed that Team Blue is in development of a Ténéré 900. While no evidence was given to fully legitimize the claim, such as patent and trademark filings, the fact that Yamaha doesn’t have a heavy-middleweight in the category makes us wonder whether there’s something in the works.

The heavy-middle-weight adventure category of motorcycles is currently populated by brands like KTM with the 790 Adventure, BMW with the F 850 GS, and Triumph with the Tiger 900 to name a few. Will Yamaha throw their hat in the arena? As for speculative specs, we can expect around 117 hp and 87.5 Nm of torque. The figures are about par for the course in the segment, with the Triumph producing 93 hp given the same engine configuration. It’s definitely speculative because Yamaha could potentially play around with the engine and tune it differently for the Ténéré.

For the Ténéré 900’s design, it’s likely that it will share elements from the Ténéré 700 with rally-inspired bodywork. It is not impossible to think that the model will have more GT-esque additions that could include a wider seat and a bigger tank. The renders come from Nicolas Petit, and while they aren’t from Yamaha themselves, our brains are teased at the prospect of a heavy-middleweight if the sources hold.

Take this news with a grain of salt, but it’s definitely exciting to imagine and hope that Yamaha fills in the gap between the Ténéré 700 and the 1200.