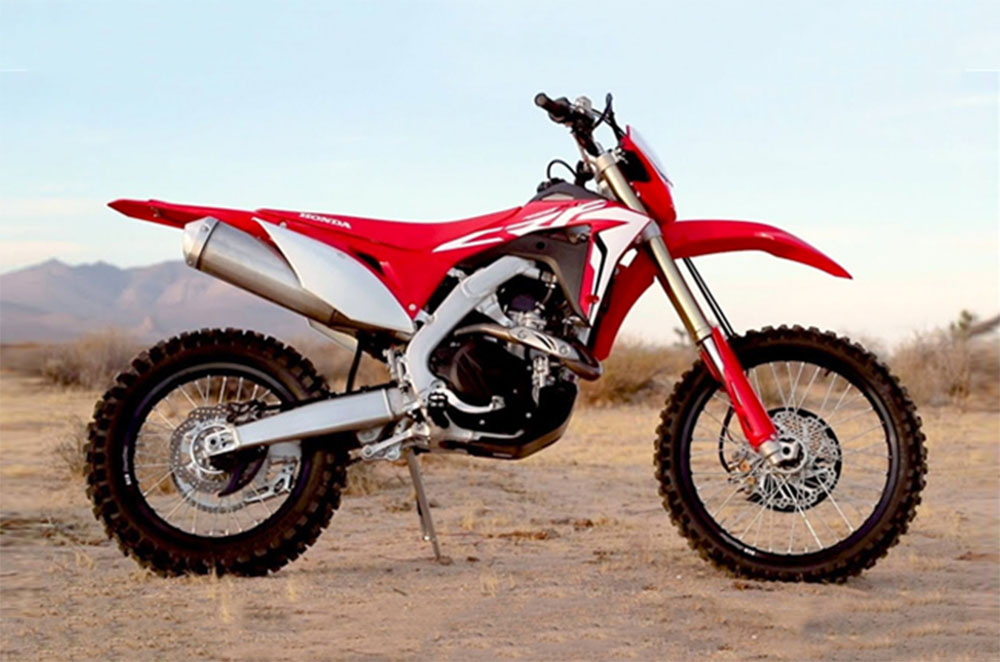 Throughout the decades, Honda has produced the finest off-road machines. The brand’s success was prevalent in numerous races such as the Dakar Rally, and Baja 1000. Locally, the Honda CRF250 Rally –notwithstanding its smaller engine, is probably the closest machine to match the actual motorcycles used in the Dakar races. However, Honda is releasing a new off-road machine and it’s loaded with some serious performance hardware. Meet the new 2020 Honda CRF450X, Honda’s latest dirt-bike. It comes from the same pedigree as the legendary Honda CR that was in production for 37 years and dominated motocross races during the 80’s up to its final production in 2007. The new CRF450X is powered by the same 449-cc liquid-cooled single-cylinder four-stroke engine capable of churning out 48.95 hp and 43 Nm of torque at 7,000 RPM. This is the same power plant used in their CRF450R motocross bike. The 449 cc Unicam® engine uses cylinder heads that combine the best of single- and dual-overhead-cam designs allowing the engine to save weight and produce a higher compression ratio. Titanium intake and exhaust valves save the motorcycle even more weight allowing for quicker acceleration and ease of handling. Its twin-spar aluminum chassis is a result of countless improvements from lessons learned from winning multiple Baja rally races, now stiffer, lighter, and a little bit wider to accommodate its 6-speed transmission. Yes, you heard that right, it has more gears than most dirt-bikes making it a willing and able machine to go through either dirt, rock or sand.

With Honda’s current lineup in the Philippines, you could see a huge gap between the Honda CRF 250, and the Africa Twin insofar as off-road machines are concerned. We are a country after all that has so much rugged terrain to cover, but with so little Honda bikes to use them for. We are hopeful that Honda Philippines would further expand its current line-up of dirt-bikes which they have been known for and include the Honda CRF450X for good measure.