Honda has launched a new adventure touring bike in India. The 2021 CB200X is based on the Hornet 2.0 and shares the same engine as the naked streetfighter. Although much of its hardware carries over from the Hornet, the CB200X does get a few unique features.

As an entry-level adventure tourer, The Honda CB200X will reportedly compete with models like the Royal Enfield Himalayan, BMW G 310 GS, and the KTM 250 Adventure. Honda has packaged the bike with some enticing equipment that could convince buyers to sway in its direction.

While we may not get the CB200X in our market, we do have the CB500X. This adventure bike features a more powerful 471cc liquid-cooled engine, capable of 46 hp and 43 Nm of torque. The power plant pairs with a 6-speed manual gearbox. The CB500X's features include ABS, an LCD instrument cluster, and the Honda Intelligent Security System (HISS). The Honda CB500X is available for P370,000.

5 things we love about the Honda CB500X 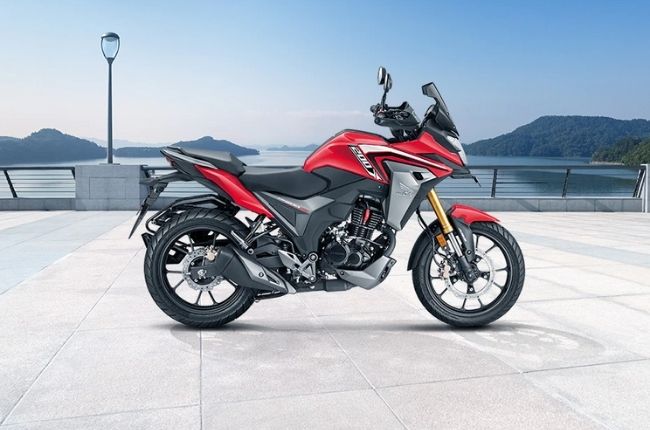 Back to the CB200X, the bike features a 184cc, air-cooled, single-cylinder engine that produces 17 hp and 16.1 Nm of torque. The Hornet-derived engine connects to a 5-speed gearbox. The bike's chassis is held up by inverted front forks and a preload-adjustable rear mono-shock. Braking is handled by front and rear petal disc brakes with single-channel ABS. The CB200X also gets dual-purpose tires with alloy wheels, 21 inches at the front and 17 inches at the rear.

As for equipment and onboard technology, the CB200X gets features like full-LED lighting and a fully digital instrument cluster. Honda's new adventure tourer sports a V-shaped LED headlight similar to the Hornet, and it also gets an X-shaped LED tail light. The multi-information display is compatible with Honda RoadSync technology. This feature lets riders connect their bike to a smartphone app, allowing turn-by-turn navigation via Bluetooth.

To complete the adventure tourer look, The CB200X also comes equipped with a windscreen, knuckle guards, and integrated turn sensors. The Honda CB200X is available now in India in three colors: Sports Red, Pearl Nightstar Black, and Matte Selene Silver Metallic. There's no word yet on whether Honda plans to bring this model to the Philippines.