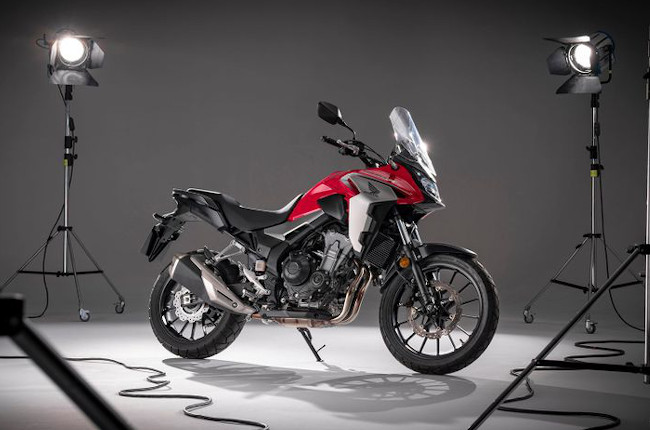 Adventure tourers have gained massive popularity in recent years, particularly in the Philippine market. Just a couple of years ago, sportbikes were all the rage, with enthusiasts dressing their bikes up in all sorts of go-fast goodies. And while a lot of these bikes never see the track, they truly were a sight to behold. These days, turning up to a gas station along the highway early on a Sunday morning will greet you with dozens of adventure bikes all geared up and ready to head out of town for a quick adventure.

Adventure machines have evolved as well, with extreme performance figures and tech features taking a back seat in favor of more beginner-friendly features, more affordable price tags, and improved on-road performance. One of the most popular adventure tourers among beginning riders comes from the biggest motorcycle company in the world, Honda, with its ever dependable CB500X. Here’s a quick rundown of the 5 things we love about this entry-level adventurer. Sure, going on adventures requires some degree of off-road riding. However, getting to your destination oftentimes involves slugging it out for kilometers on end on our long, sprawling, and sometimes boring expressways. Luckily, the Honda CB500X comes outfitted with adequate wind protection which does its job in keeping wind noise, vibrations, and fatigue at bay, ensuring you enjoy your ride and maximize your energy for the adventure which lies ahead.

The CB500X also comes with the capability to carry cargo by way of various aftermarket luggage accessories from numerous manufacturers. That being said, this capable little adventurer will be equally at home serving as your daily commuter, as well as blasting down the highways and tackling light off-road terrain on the weekends.

The Honda CB500X is powered by a 471cc parallel-twin engine. Pumping out a decently healthy 49 horsepower and 43.2 Nm of torque. This puts it right in the middle, when it comes to performance, of entry-level 400cc bikes like the KTM 390 Adventure and Royal Enfield Himalayan, and more intermediate 650cc bikes such as the V-Strom 650, Versys 650, and Yamaha Tenere 700. Given the bike’s parallel-twin engine layout, the bike is considerably smooth, and free of irritating vibrations, making for a very comfortable ride, no matter the distance.

Here's what makes the Kawasaki Versys 650 so popular When it comes to looks, the Honda CB500X is no slouch. At a glance, it’s easy to mistake this bike for a much bigger, more premium adventure tourer. However, beneath its aggressive styling lies a docile and tractable machine. Just like most other ADVs in the market, the Honda CB500X boasts sharp, angular body work, which gives it a very athletic stance. LED lights adorn the front and rear of the bike, with LED turn signals as standard as well. Of course, as is the case with most of Honda’s bikes, the CB500X boasts near faultless fit and finish and build quality, which really gives the bike a feeling that it was built to last.

The Honda CB500X is one of the many entry-level, beginner-friendly adventure tourers currently on the market. That said, Honda has kept things simple on this bike, opting only for the bare essentials needed in order to have a safe, enjoyable, and exciting ride. That said, the CB500X doesn’t come with a fancy suite of rider aids. Neither does it come with cutting edge engine tech and ride-by-wire throttle.

No, Honda has kept this bike relatively barebones so riders can fully immerse themselves in the experience without having to worry about fiddling with loads of settings and electronic features. This results in an honestly capable adventure tourer which is by no means intimidating for beginners, yet adequately set up for more advanced riders. Given the simple yet effective formula which Honda has used in creating the CB500X, it’s no surprise that this bike is one of the most popular big bikes in Honda’s lineup. It has proven itself as a very accessible option for both novice and experienced riders, both in terms of performance and price. The current generation Honda CB500X retails for P413,000, and is available in an eye-catching grand prix red colorway.