Last week, Honda Philippines unveiled the PCX 160, an updated version of the company’s highly successful PCX 150 maxi-scooter. The PCX occupies the premium segment of scooters in the market, and competes with the mighty Yamaha NMAX. We recently made a video comparo of these two heavy hitters, so be sure to check it out in the link below.

Now, the PCX has received an updated engine which now bears a 160cc engine. While a 10cc bump in displacement may not seem like much as far as power and overall performance is concerned, this has been done in order to achieve cleaner emissions and compliance to global emissions standards such as BS6 of India and Euro 5 of Europe. With the PCX being the first of Honda’s two-wheelers to make the 160cc shift, rumors abound that the rest of the company’s bikes will soon follow suit. In particular, the Honda Click. 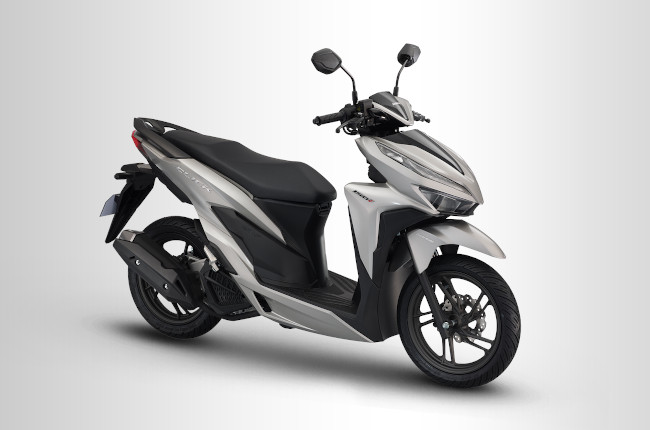 Unlike the PCX, the Honda Click, currently available in two flavors, 125 and 150, is a more accessible scooter. Apart from being priced significantly lower, the Click is also a lot simpler and easier to maintain, making it a favorite among commuters, delivery riders, and even enthusiasts. Known as the Vario in other Southeast Asian markets, this scooter is expected to roll out in 160cc form within the year.

Going into a little more detail, the upcoming Click 160 will more than likely share the same 157cc liquid-cooled, 4-valve, single-cylinder engine as that of the PCX 160. While exact power output will be dependent on the mapping Honda will install into the engine, chances are this new motor will churn out around 14 horsepower, making it very capable for both in-city and rural duty. Just like the PCX, the Click 160 is likely to feature Honda’s eSP+ system, Idling Stop System (ISS), and keyless ignition—features that make the new scooter just a bit more special.

Apart from the Click, there are also rumors in the international market that Honda could soon be coming out with an ADV 160. After all, the current ADV 150 is the company’s first global adventure scooter present in nearly all markets. That said, could we also expect to see a CBR160R, or even a CRF160L in the near future?