After two of the biggest motorcycle shows in Japan were canceled due to the COVID-19 pandemic, Honda still had a few motorcycles to unveil to the public. Instead, they created “Honda Booth”, a virtual show and did their unveiling of the bikes online and available to the rest of the world. It was here that we got a first glimpse of the new Honda CB-F Concept, a superbike throwback that highlights the contribution of the CB series to Honda’s success over the last 60 years. 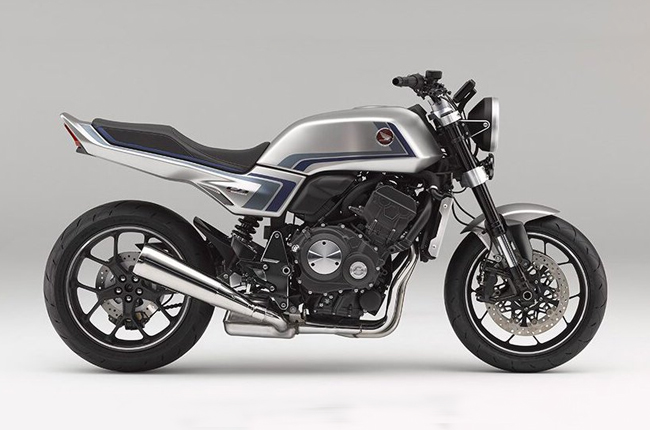 The CB-F concept’s design pays homage to the CB900F (CB750F in Japan), one of the first superbikes Honda has ever produced. The F stands for the Four-Cylinder engine configuration that the CB range superbikes share.  Introduced in 1979 and continued production throughout the ‘80s, the CB900F’s influence over the design traits and aesthetics is prevalent with the new CB-F concept. This can be seen from the shape of the tank and the lines that flow down to the tail section with its silver and blue color scheme.

A closer look at the bike would tell you that it shares the same frame and engine as the Honda CB1000R. The CB-F concept is powered by the same 998 cc water-cooled, 4-stroke, 4-valve inline 4-cylinder DOHC engine mated to a 6-speed transmission. It is also the same engine found in the older Firebird sportbikes but tuned for more power in the midrange. Even the engine’s overall look has been restyled to look more like a 1980’s superbike rather than a ‘neo-sports cafe’. Its handsome looks are given a retro reimagination. However, the plastic radiator guard is disregarded, giving the CB-F an overall cleaner and more stunning look. 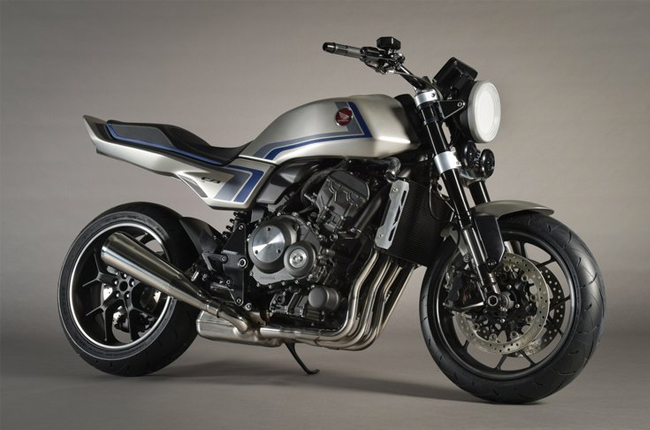 In an official statement, a Honda spokesperson mentioned, “The CB-F Concept is an ambitious fusion of cutting edge technology with a design paying homage to the CB900F—CB750F in Japan—a Japanese global model which, in part through the North American racing scene, brought to the six decades of CB models an iconic status.”

Whether Honda decides to put the CB-F concept into production, we can only speculate. Considering the amount of success that even the newer CB’s are bringing to them for the past 60 years, it shouldn’t come as no surprise if the CB-F goes from concept into full production.