Back in the day, the name Harley-Davidson was synonymous with motorcycles. Known for producing the best-of-the-best when it came to anything on two wheels, the MoCo—as it’s fondly referred to—was the global gold standard in the motorcycle industry until the Japanese giants took its crown when they started gaining ubiquity in the tail end of the twentieth century. Unfortunately for Harley-Davidson, the bad-boy image of motorcycling was eventually replaced by that of the clean, sharp, and sleek lines of performance motorcycles, as well as the practicality and sensibility of tourers and adventure bikes.

This is the Harley-Davidson Pan America 1250 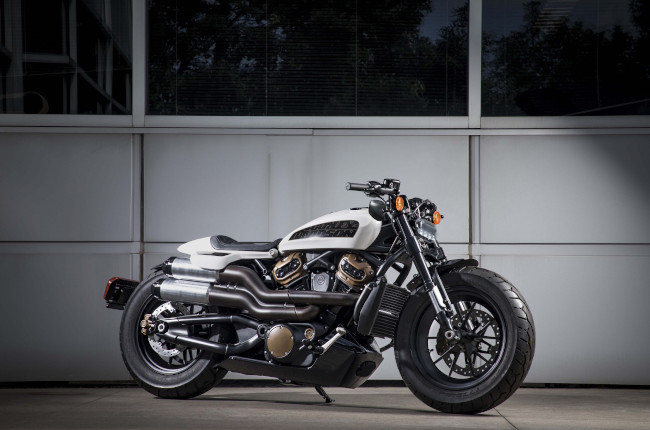 The upcoming 1250 Custom is speculated to be a replacement for Harley’s aging Sportster 1200 Custom. That being said, initial renderings of the rumored bike bear an uncanny resemblance to the Sportster line of bikes, featuring a muscular stance and compact styling. At present though, no specifics have been released by the MoCo, however, it is speculated that the 1250 Custom will come with quite a bit of tech—both performance wise, and on the feature side.

If Harley-Davidson will use the Pan America as a baseline for the upcoming 1250 Custom, then we will most likely see a bike that could rival some of Europe’s top cruisers from Triumph and BMW. The upcoming Harley-Davidson 1250 Custom could very well come with a suite of sophisticated electronic aids, as is the case with its adventurous sibling. Furthermore, we could see a cruiser that’s significantly more rigid and light on its feet, should Harley engineers decide to incorporate the engine as a stressed member in the chassis assembly. At present, Harley-Davidson has the Sportster 1200 Custom on offer as its flagship cruiser model. This timeless cruiser carries a sticker price starting at P850,000.