When you hear the name ‘Peugeot’, chances are a motorcycle is the last thing that crosses your mind. Known for making automobiles geared towards the more practical and economical side of things, Peugeot isn’t known for outright performance, either. Last year, the French automaker celebrated its 210th anniversary. Yes, the company has been around even before the invention of the automobile. So, what were they doing back then? Well, they were big in the metallurgy business, churning out everything from umbrella frames, to bandsaws, to coffee grinders.

It’s interesting to note as well, that throughout the French company’s two-century existence, it had just dipped its toes in the world of motorized two-wheelers a couple of times. In 1898, the company stuck a tiny gasoline-powered motor into a bicycle frame. Apart from this, Peugeot briefly launched a line of scooters which was acquired by Indian auto giant, Mahindra. In 2020, the French company launched a limited-edition scooter called the Django to celebrate its 210th anniversary. Other than these ventures into the world of two wheels, Peugeot has mainly focused its resources towards the development and production of automobiles. Now, in 2021, an interesting development has unfolded from Peugeot. It recently unveiled a new logo bearing its iconic lion with the name ‘Peugeot Motocycles’ proudly displayed beneath the crest.

Air-cooled vs Oil-cooled vs Watercooled - what's the difference? 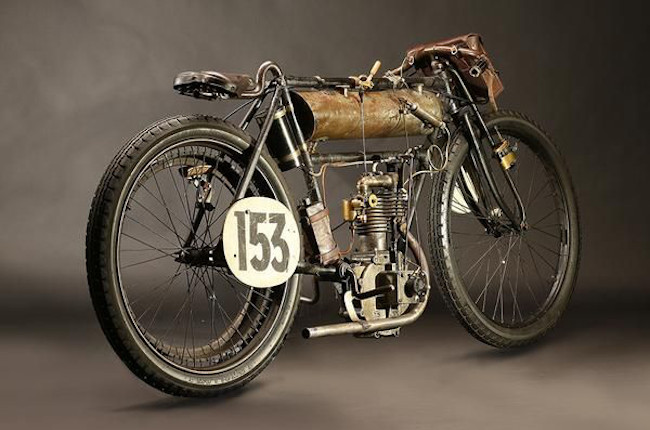 You’re probably thinking that there’s a typo in there. But, no, it’s really Motocycles without the “r.” So, now you’re probably also wondering: what motorcycle/s could Peugeot possibly be releasing? Well, for now, all we have is a brand new logo. Unfortunately, Peugeot is not disclosing what they have in store for the eager motorcycling community at the moment. Taking a closer look at the new logo, we see a major departure from the company’s automotive logo, which depicts a lion standing on its hind legs, ready to attack. This new motocycle logo seems a lot more serious, with the lion’s side profile prominently displayed inside a shield pattern. Could this be a clue that Peugeot will release something more performance-oriented?

As it would turn out, the lion has been a major part of Peugeot’s history. The French company first started incorporating the king of the jungle into its branding all the way back in 1847. However, it wasn’t until 1948 that Peugeot actually used a logo bearing the image of a lion in an automobile. It’s interesting to note that if and when Peugeot actually launches a range of motorcycles, it could quite possibly be the first major French name brand in the two-wheeled market. Realistically, if Peugeot finds itself as a new entrant in the scooter market, it could be facing tight competition from members of the Piaggio group such as Aprilia and Vespa.