LEGO Technic sets are among the most complex and detailed scale models that you have to assemble from LEGO. The toy company has been going at it in the scale model industry ever since, making model versions of Harley-Davidson motorcycles, or even the brand-new Ducati Panigale V4. Even cars are no exception since the company also does work with Porsche and even Bugatti. 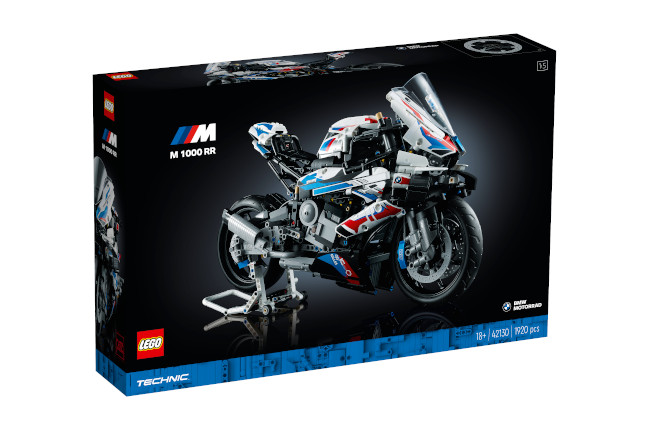 Aficionados of the BMW brand know that the M 1000 RR is the most hardcore and dedicated sportbike in the lineup. It is currently the only one to bear the brand’s ‘M’ badge, and it has one of the gnarliest spec sheets that could’ve found its way to the World Superbike Championship with a few more modifications. Its inline-four-cylinder engine makes a whopping 212 hp, and it’s one of the most track-ready superbikes in the market today, along with being one of the most precise.

The same can be said about the LEGO set, well at least to an extent. With 1,920 individual parts, it’s no small feat to assemble, but everything from the fairings all the way to the chain drive is true to form between the scale and the original. For features, the scale model mimics the bike’s movable parts sans the engine. The wheels, and even the front and rear suspension systems move up and down. For size, the scale model comes in at about 10.9 inches high by 17.9 inches long by 6.7 inches wide, perfect for most desks, bookshelves, and display cabinets alike. It’s tough to stomach the price of a brand-new M 1000 RR, but this is essentially the next best thing, right?