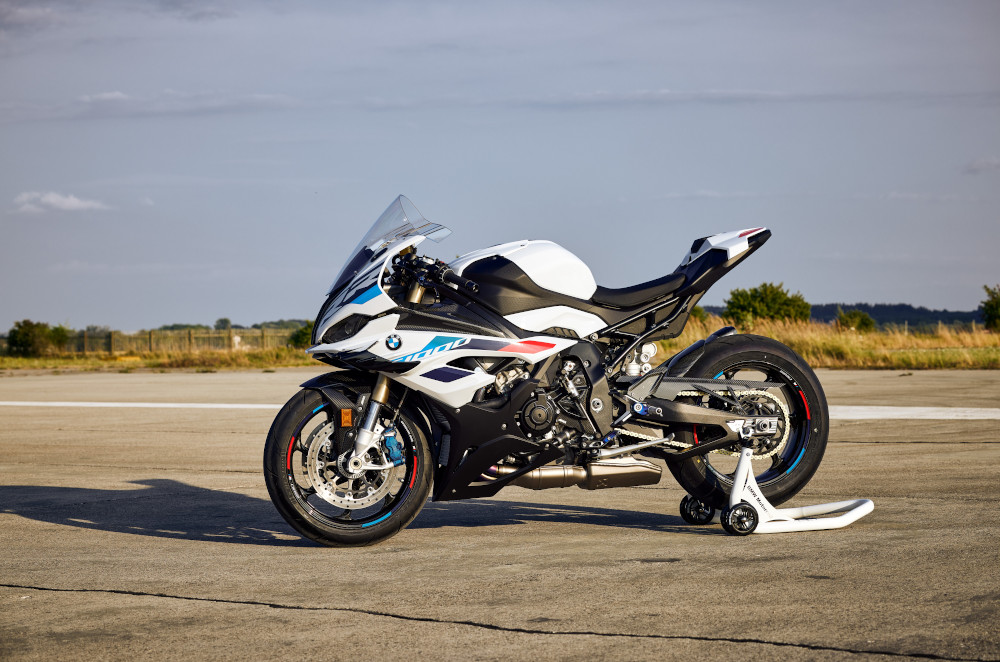 BMW upgraded the 2023 BMW S 1000 RR with improvements to the chassis, suspension, aerodynamics, and electrical aid systems after announcing modifications to several 2023 models in July, 2022. The BMW S 1000 RR is already regarded as one of the best-performing supersports in the market. However, given the updates to the 2023 model, the bike is sharper, faster, and more optimized than ever before. The new BMW S 1000 RR maintains its 999cc inline-four engine with a 6-speed gearbox and claims to produce 205 horsepower at 13,000 rpm and 83 lb-ft of torque at 11,000 rpm. It also has BMW's variable valve timing and valve stroke ShiftCam technology, which results in more torque in the low- to mid-range and more power at the top end. The 2023 model, on the other hand, introduces a shorter secondary gear ratio that uses a sprocket with 46 rather than 45 teeth to give more rear tire traction in all gears. In order to improve the air charge and power output, particularly at higher engine speeds, the bike's intake ducts and funnels have been modified, based on the M RR engine.

The 2023 BMW S 1000 RR has four riding modes, Rain, Road, Dynamic, and Race, with optional "Pro" race modes, just like the previous generation. Additionally standard is dynamic traction control, but new for 2023 is the Slide Control feature, which employs a steering angle sensor to drift the vehicle while accelerating. Additionally, the new S 1000 RR has two standard throttle maps that modify drive torque and throttle responsiveness and are connected to the riding modes. 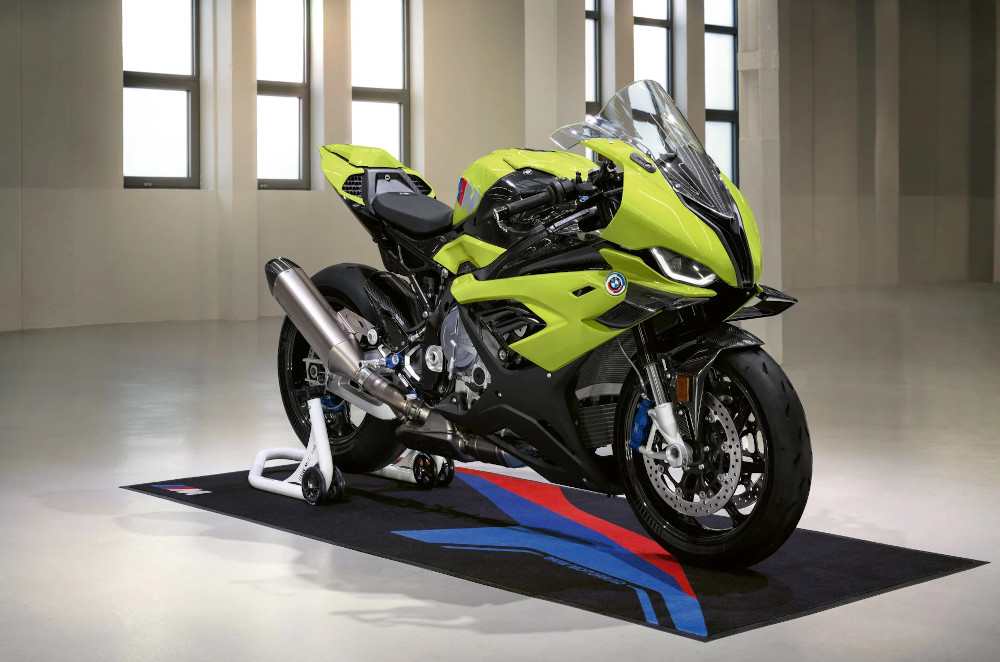 Not only was the S 1000 RR's overall performance increased, but also the chassis and suspension. The Flex Frame, which was introduced in 2020 and has been given additional flex as well as various new holes in the side sections, was created to enhance the load-bearing function of the engine. The offset of the triple clamps has been lowered by 0.1 inch for the new chassis, while the rake has been raised by 0.5 degrees (23.6 degrees vs. 23.1 before). Trail was raised from 3.7 to 3.9 inches. The wheelbase was also increased by 0.7 inches, to 57.4 inches.