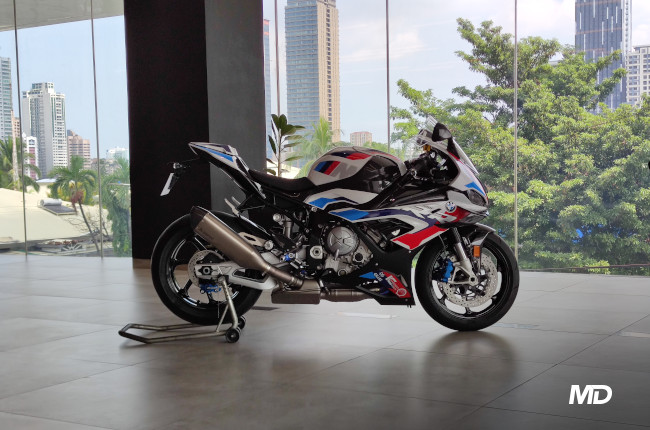 BMW Motorrad Philippines has unveiled the most high-performance, street-legal offering in its roster. This groundbreaking machine produces an astounding amount of power, and is capable of speeds well over 300 kilometers per hour. That’s right, it’s none other than the BMW M 1000 RR.

The BMW M 1000 RR is a very important motorcycle for quite a number of reasons. For starters, it’s the first time the Bavarian company has used its “M” designation on a motorcycle. Initially used to denote the company’s high-performance automobiles such as the M2, M3, and M4, the BMW M 1000 RR is undoubtedly very deserving of the M badge. It’s also BMW’s most powerful and performance-oriented supersport bike. Sitting a notch above the already impressive S 1000 RR, it’s as if BMW has just tweaked its track-specific HP4 for street legality.

The 2021 BMW R nineT gets a host of new updates Underneath the bike’s fairings resides a 999cc inline-four cylinder motor. Featuring sophisticated liquid-cooling, dual-overhead cams, and four valves per cylinder, this engine churns out an eye-watering 212 horsepower at 14,500 RPM, and 113 Nm of torque at 11,000 RPM. This gives the M 1000 RR a zero to one hundred time of less than 3 seconds, and a top speed well over 300 kilometers per hour. Keeping all this performance on tap is one of the most advanced electronic systems currently available in the world.

The bike’s engine is governed by a groundbreaking ECU which employs a total of seven riding modes consisting of Rain, Road, Dynamic, Race, along with 3 levels of Race Pro. All modes integrate BMW’s cutting-edge Dynamic Traction Control (DTC), as wheel as programmable wheelie control, cornering ABS, all actuated via a six-axis inertial motion unit (IMU). Everything pertaining to the bike’s electronics can be toggled by the rider via a 6.5-inch full-color TFT display. 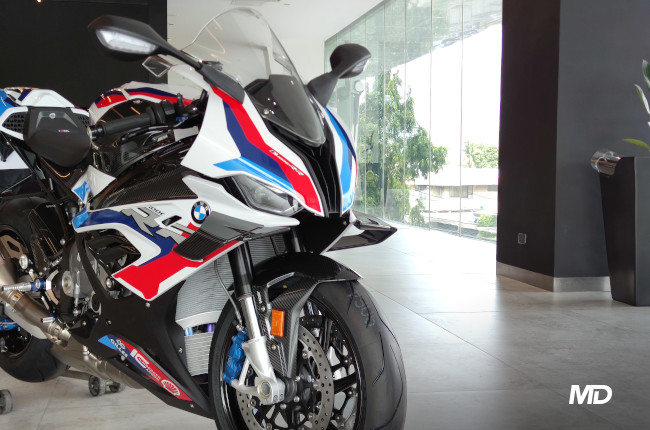 Lastly, BMW’s M Division has extensively optimized this bike’s aerodynamic properties. This is clear to see thanks to the prominent winglets at the front of the bike, which add much-needed downforce at high speeds, as well as during cornering and braking. Overall, the M 1000 RR is constructed upon a rigid, lightweight chassis which gives it an impressive wet weight of just 192 kilograms.

All these features and a lot more are available from BMW Motorrad Philippines, who has just introduced this bike in the local market. With a base price of P2,995,000, the M 1000 RR can be made even better via an extensive list of in-house aftermarket options, for a tidy sum, of course.