Benelli has just released the latest version of its TRK 502. The Chinese-owned Italian brand had its TRK 502 in its adventure lineup for a few years now. Yet, with the recent releases from its competitors like the KTM 390 adventure and the Honda CB500X, Benelli found itself needing a response. After its parent company, QJ Motor initially unveiled the SRT 500 in China, we already knew that this new motorcycle would eventually carry the Benelli badge and would be introduced as such to the rest of the market. Now, it is finally confirmed as Benelli brings us the new TRK 502X with some updates on its tech, and overall styling making it even better than ever.

Benelli could be releasing its new lineup of motorcycles The outgoing TRK 502 was still making use of rather dated halogen lights and a semi-digital instrument cluster. With the new TRK 502X, the brand wasn’t one to be left behind by its competitors as it now sports a single full LED headlight upfront along with a spanking new 5-inch full-color TFT display panel.

Its bodywork also received some revisions with more sporty and aggressive ergonomics together with a new beak and handguards that give its fascia a more serious-looking appearance. The new TRK 502X retains the same power plant from its predecessor with a liquid-cooled 499.6 cc twin-cylinder engine capable of churning out 47 hp at 8,500 RPM and 45 Nm of torque at 5,000 RPM mated to a 6-speed gearbox. Thanks to the parallel twin’s uneven firing order, it lets out a distinct smooth hum and powerband.

Benelli launches the 1200 GT, its largest touring motorcycle to date 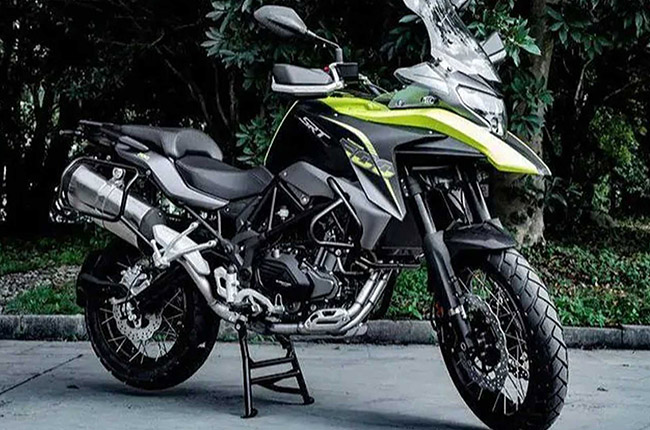 It is also equipped with a redesigned magnesium swingarm that gives it a more rigid construction and together with its revised bodywork, sheds off 10 kgs from its curb weight. A pair of Brembo brakes in both the front and rear equipped with Bosch ABS take care of stopping the bike while its suspension setup remains unchanged. The Benelli TRK 502X is expected to make its global debut early next year and make its way to showrooms shortly after that. While we still haven’t had official word from Benelli Philippines about its pricing and official launch in the country, we’ll be sure to keep our eyes peeled and ears open should any new updates and announcements about the Benelli TRK 502X.