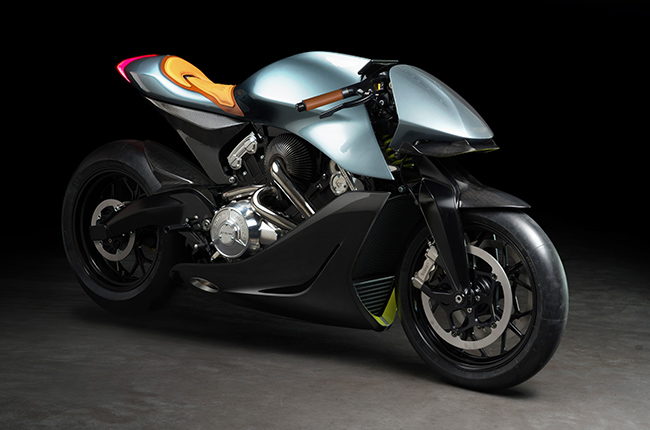 Brough Superior has been the motorcycle of choice of the legendary T.E. Lawrence, or more known as Lawrence of Arabia, a British soldier who fought against the Ottoman Empire during World War I who also happened to have a penchant for exquisite performance motorcycles. Brough Superiors were considered the Rolls Royce of motorcycles back then. 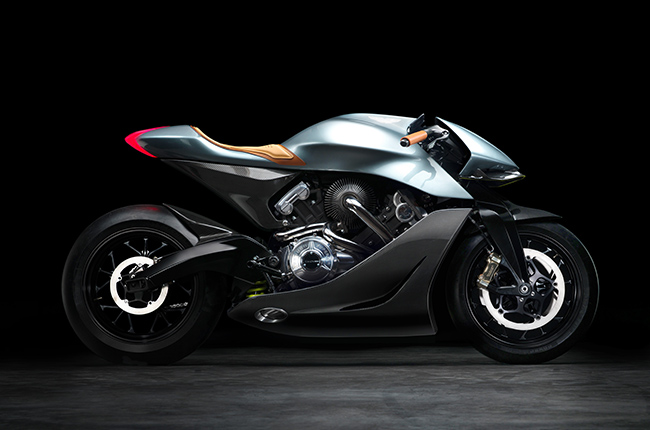 Brough Superior is now returning to make one of the most exclusive motorcycles true to its name by collaborating with Aston Martin in producing a new motorcycle with the AMB 001. It was during last year’s EICMA Motorcycle Show that Aston Martin and Brough Superior’s AMB 001 made its debut. The new motorcycle makes use of innovative technologies with its components like a double-wishbone front fork and makes extensive use of lightweight materials including carbon fibers, titanium, and billet aluminum. This makes the bike extremely light with a dry weight of only 180 kg.

One of the key design features of the AMB 001 is an aluminum fin that runs along the full length of a carbon fiber tank, passing under the saddle and out onto the rear. The body holding the fin and supporting the saddle is one of the areas where we called on the unique knowledge of Mecano ID, who joined the project to apply specialist aerospace-quality carbon fiber skills to the exclusive AMB 001,
Thierry Henriette.
Brough Superior CEO

The AMB 001 is powered by a V-twin DOHC intercooler turbo engine that produces 180 HP mated to a 6-speed gearbox. Recently, the AMB 001 has been having a lot of track time to test its most vital parts to validate the geometry of its chassis, its ergonomics, and behavior. True to the tradition of Aston Martin and Brough Superior, its test rider makes sure to give valuable feedback to its development team on all aspects of performance, and overall dynamic feel including the way the bike behaves in cornering, braking, and acceleration. 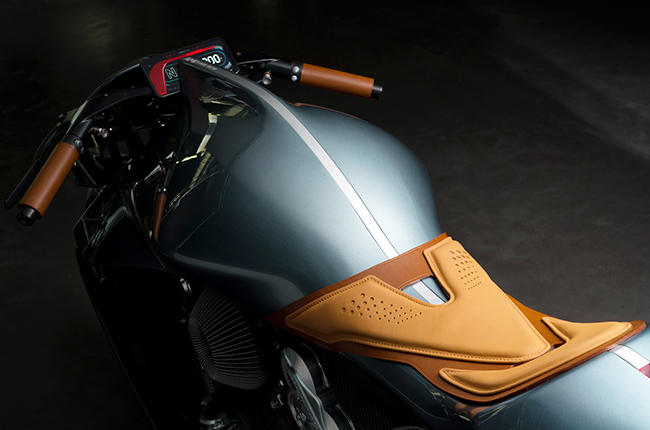 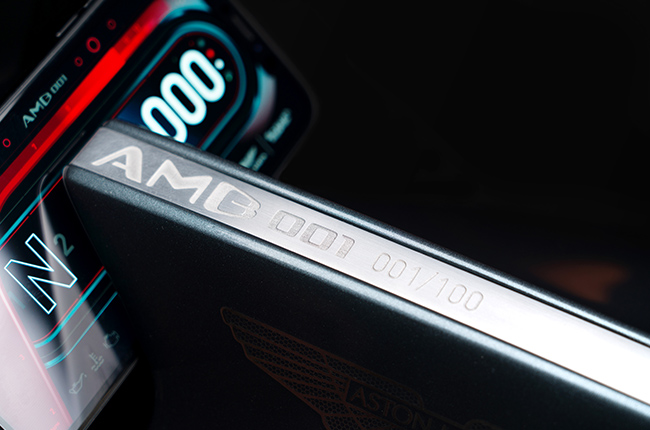 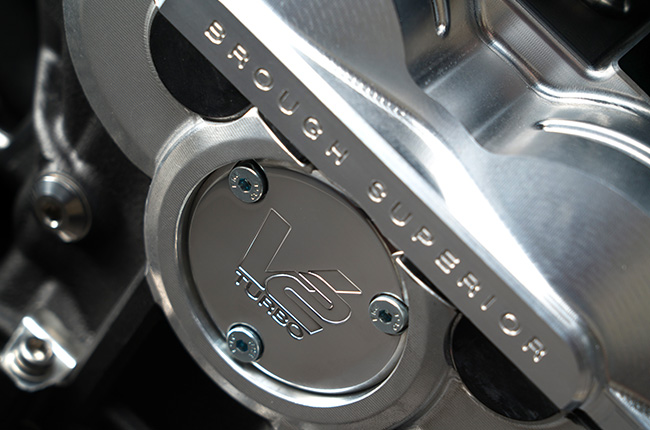 Mark Reichman, Aston Martin’s vice president and Chief Creative Officer has been happy about the progress the AMB 001 has been making and said, “Everybody involved has managed to make tremendous progress with the development of AMB 001, despite the challenges we have all been facing… We are delighted to see how much progress has been made, both on and off-track and look forward to the moment when production starts for this stunning machine,”. 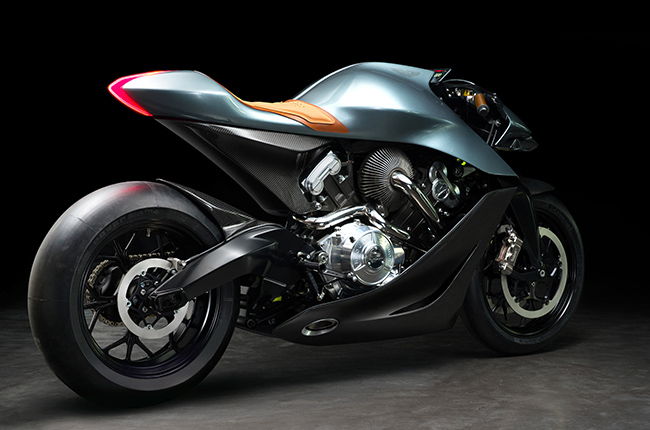 After the AMB 001 completes both its track testing and bench testing to streamline its development process, it is expected to go into production sometime later this year in the Brough Superior factory in Toulouse, France. Its production run will be limited to only 100 units and will be priced at 108,000 Euros or about P6,000,000.