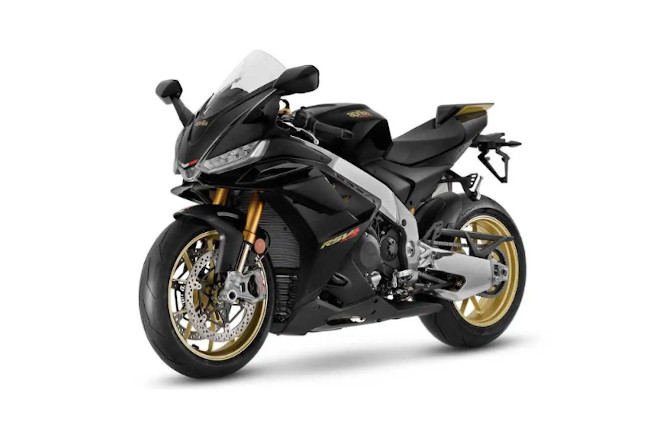 Aprilia's sportbike and naked bike models are frequently decorated in the brand's black and red livery, linking them to the company's racing heritage. While the Aprilia racing livery is a defining style for the company's high-performance platforms, other riders prefer a more understated appearance. That said, the company is launching the 2022 RSV4 Factory in an Ultra Dark colorway to appeal to a more subdued clientele.

The matte black livery keeps things understated, but flecks of gold provide a touch of class. A dash of gold is applied to the forged alloy wheels, RSV4 badges, Aprilia logos, and tail unit. The Ohlins suspension components, too, go well with the new color palette. While the RSV4's discreet paint and decals are new, the Ultra Dark livery is indeed a homage to the RSV 1000R Factory from 2006. 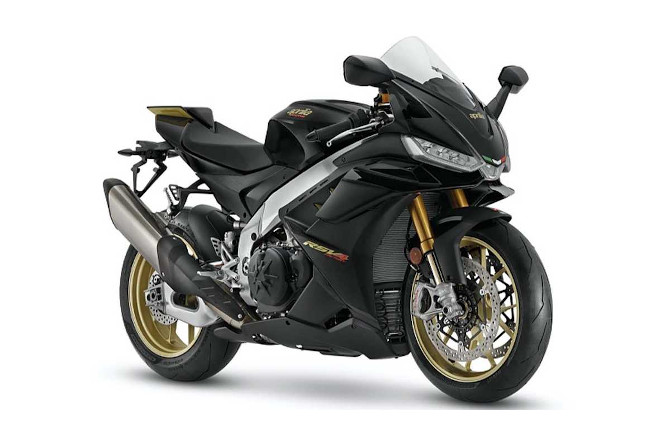 The performance improvements achieved to the 2021 machine are carried over to the 2022 model. Aprilia announced a slew of improvements to its flagship sportbike last year. To begin with, it has a larger engine, a 1,099cc unit, as opposed to the previous bike's 1,077cc unit. The redesigned RSV4 produced greater peak horsepower (217 horsepower at 13,200 rpm) while also lowering its carbon emissions to meet Euro 5 criteria.

The 2022 RSV4 Factory borrows some of the sporty style cues from its smaller sibling, the RS660. The RSV4's bi-plane winglets have been integrated into the double-wall fairing. This change improves engine cooling while increasing high-speed stability. Similarly, the new swingarm, engineered as a result of Aprilia's MotoGP efforts, is lighter and has a strengthened lower brace to improve stability under hard acceleration and rapid changes in direction.

Last but not least, it wouldn't be a flagship superbike without some high-end features. The superbike has the Ohlins Smart EC 2.0, which provides the best functional performance on and off the circuit. The latest-generation upgrades include a new LED headlamp design, an enlarged TFT screen, and a fine-tuned throttle-by-wire throttle unit.