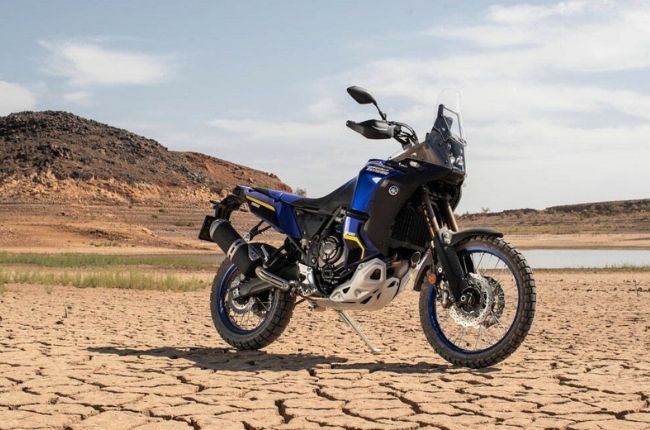 Adventure bikes seem to be growing in numbers by the day as more and more people awaken to the joys of spirited riding. Yamaha has long had a few entries in this segment, and among its most popular is the Ténéré 700, a middleweight ADV with lots to offer.

Earlier this year, we reported that the T7 was getting a new rally-inspired variant. Patent images gave us a rough idea of what to expect, even if they weren't as good as the real thing. Now, Yamaha has officially unveiled the Ténéré 700 World Raid, and it's as compelling a model as they come. The T7 World Raid looks like a genuine Dakar Rally competitor, and that's a testament to Yamaha's commitment to authentic design. On the practical side, this version of the T7 gets a new side-mounted twin-tank setup with a 23-liter fuel capacity. That's a full seven liters more than the base-model Ténéré 700, meaning you could go nearly 500 kilometers without a single top-up.

Yamaha also gave the T7 World Raid a motocross-style seat, only possible thanks to the wider and lower tank setup. It's made of two panels and sits half an inch higher than the base model's seat. The rear panel is removable, so you get an additional luggage-hauling option when riding solo. As for riding dynamics, the Ténéré 700 World Raid gets a new 43mm KYB fork with preload, compression, and rebound damping adjustment. There's also an Öhlins steering damper with 18 possible configurations. The rear suspension is an aluminum piggyback shock with a full range of adjustment options.

There are no changes to the engine, as it's still the same 689cc parallel-twin CP2 engine. The rest of the exterior upgrades include a new windscreen, composite fiberglass front panels, and an aluminum bash plate. On the tech side, Yamaha equipped the Ténéré 700 World Raid with a new 5-inch TFT display that sits portrait style instead of the typical landscape orientation. The 2022 Yamaha Ténéré 700 World Raid will be available for the European market in May 2022. Unfortunately, it looks like Yamaha doesn't have plans to expand this model's reach to other territories. For now, Ténéré fans will have to make do with the base model, which is available now for P619,000.