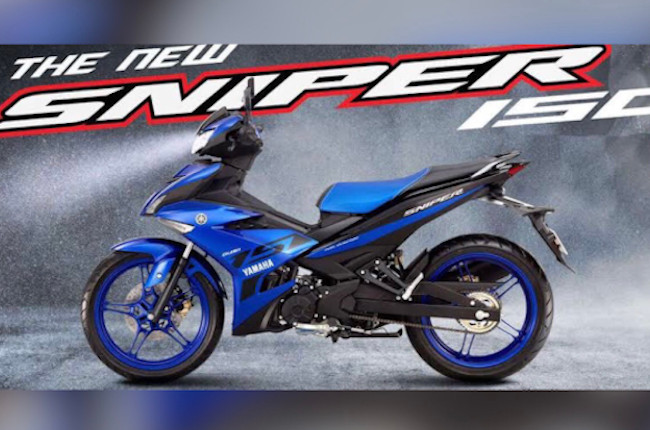 For the 2021 model year, Yamaha has updated the Sniper and has gone ahead and released the updated motorcycle in the Vietnamese market. Known as the Exciter 155 in Vietnam, the first thing you’d notice is the ‘155’ in its name. That’s right, the new Sniper gets an updated engine. Now equipped with a 155cc liquid cooled, fuel-injected engine, the soon to be Sniper 155 finally shares the same engine as Yamaha’s well-loved line of 155cc machines consisting of the Yamaha XSR155, Yamaha MT-15, Yamaha R15, and Yamaha WR 155. This new engine gives the 2021 Sniper a bit more grunt with around 18 hp by way of Yamaha’s Variable Valve Actuation (VVA) technology.

As far as features are concerned, Yamaha has loaded the new Sniper 155 with a suite of premium components. It comes standard with a keyless ignition system, as well as a multi-function LCD display. Riders who seek to take the new Sniper on long rides will be pleased to know that it’s equipped with a smartphone charger, ample underseat storage, and a larger 5.4L fuel tank. The bike’s ergonomics have also been tweaked slightly by way of a wider, more comfortable seat.

Perhaps one of the Sniper’s strongest selling points over the years has been its radical styling. Unlike other underbone motorcycles in the market, the Sniper always bore a prominent fairing that gave the bike a bulky and muscular appearance, versus the barebones, skeleton appearance of other bikes. The new Sniper 155 carries over this design language with tweaks that give it similar styling cues to the likes of the Yamaha R1. To add to the bike’s premium feel, Yamaha has equipped it with a full LED lighting system.

Given the fact that the new Yamaha Sniper 155 has been launched in Vietnam, we can expect it to make its appearance in the local market in the coming months. At present, the outgoing Yamaha Sniper 150 comes with a sticker price of P102,900. Stay tuned for more information about this exciting new model.