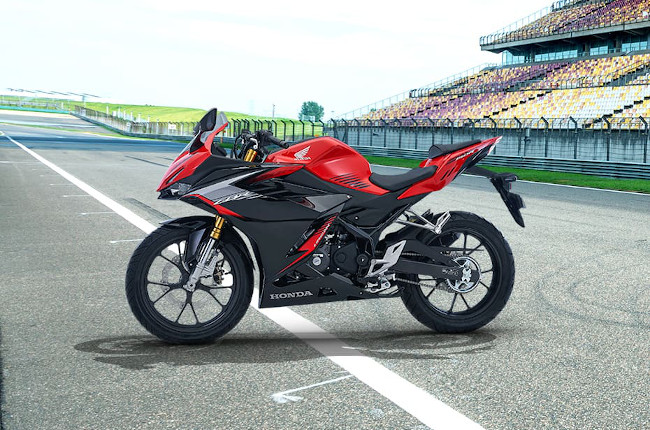 Honda continues to update its motorcycle lineup by launching updated versions of well-loved bikes across the world. With the new Honda PCX rolling out across several markets, Honda is seeking to strengthen their presence in the premium maxi-scooter segment. Now, the iconic Japanese manufacturer is spicing up the entry level sportbike segment with the launch of the new Honda CBR150R.

First unveiled in Indonesia, the 2021 Honda CBR150R features a slew of major updates as opposed to the outgoing bike. The current generation CBR150R, although a good performing machine, is beginning to look a little long in the tooth as far as styling is concerned. That being said, the folks at Honda have taken it upon themselves to revamp their best selling small capacity sportbike to feature more sporty styling. At a glance, it’s clear that Honda has drawn inspiration from some of their bigger, more premium machines. The CBR150R’s new fairings give the bike a sharp and angular look. The race-inspired aesthetics undoubtedly make it hard to believe that at the heart of this bike lies a 150cc single-cylinder engine.

Jumping right into performance, the 2021 Honda CBR150R is powered by a 149cc liquid-cooled, single-cylinder engine. This fuel-efficient mill, rated for a zippy 17.1 hp, is equipped with Honda’s PGM-Fi fuel injection system. That being said, the bike definitely makes for a capable daily rider, as well as a fun little sportbike for rides up the mountains, or even track days. Suspension is composed of premium Showa SFF-BP separate function big piston inverted forks, while the rear is equipped with a preload adjustable monoshock. It now comes with a slipper assist clutch, making it safer and easier to ride this bike spiritedly. Lastly, it features a fully digital LCD instrument panel which displays an abundance of information such as a fuel gauge, gear position indicator, as well as other vital information.

Now, the 2021 Honda CBR150R has been launched in Indonesia starting at 35.9 million Rupiah, which translates to P122,586. In the local market however, the current generation starts at P152,900—just a tad pricier than Indonesia. That being said, when the new generation CBR150R makes its way to Philippine shores, we can expect its price range to be around P150,000 to P160,000.