At this point in time, if you have yet to be acquainted with the KTM 390 Duke, then you’d better schedule yourself a test ride, because this bike has basically redefined the entry level big bike market all over the world. Ever since launching its first iteration in 2013, the 390 Duke has undergone a few updates — the biggest of which happened in 2017, when KTM gave the 390 Duke tons of premium features.

Fast forward to today, and KTM has yet again, revealed an updated version of its best-selling naked bike. Although the updates aren’t as major as those in 2017, the 2021 390 Duke gets quite a few substantial changes which, hopefully, make the bike perform better and run more efficiently. For starters, the bike’s 373 cc DOHC single-cylinder engine gets a new exhaust system and counter balancer making it run a bit smoother. The result of all this is Euro 5 compliance, and an impressive power rating of 44 hp. 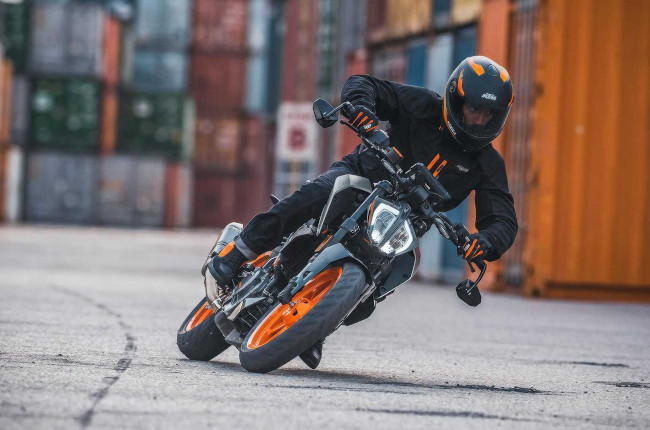 As expected, the 2021 KTM 390 Duke retains all the features we know and love from the existing model. It still gets premium 43mm inverted forks care of WP, a full-color TFT screen, ride by wire, and programmable ABS among others. On top of this, KTM is also offering an optional quick shifter for an added premium. Other technical updates to the 390 Duke include new 46mm throttle bodies, revised front suspension cartridges and an adjustable rear mono-shock. To top it all off, the new KTM 390 Duke employs an all-new color scheme which features a two-tone symphony of gray and orange. Overall, this look resembles the color scheme of the 790 Duke, making the smallest highway-legal Duke look just a bit more premium.

As of this writing, KTM Philippines has yet to announce the launch of the 2021 390 Duke. We’ll be sure to keep you posted on any updates once we receive them. In the meantime, if you’re in the market for a capable, lightweight, expressway legal bike, you’ll be best served by the current generation KTM 390 Duke which comes with a sticker price of P289,000.