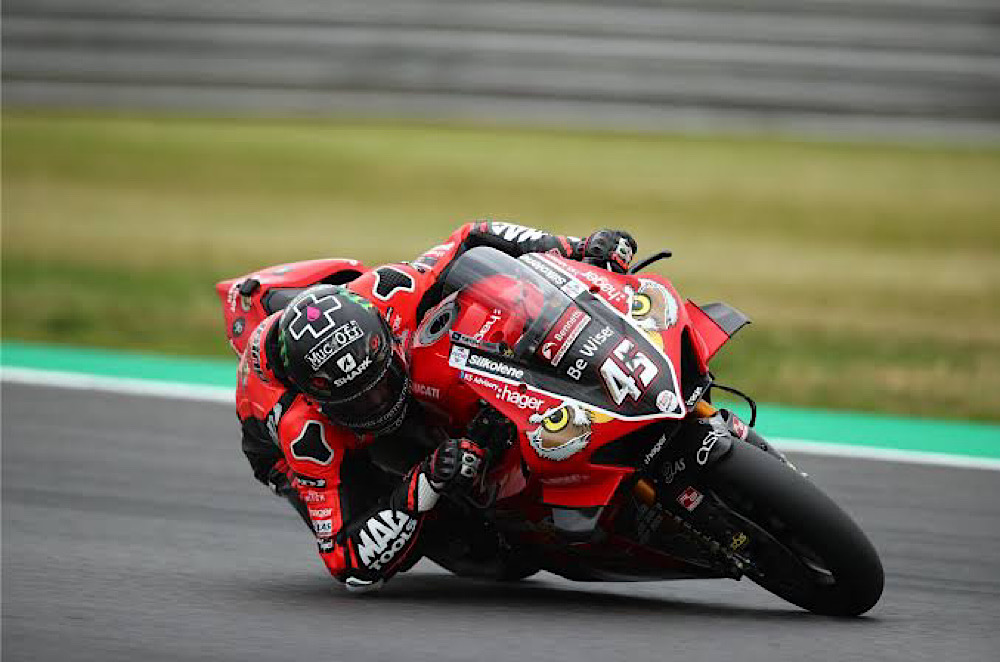 If you’re new to motorcycles, chances are you’ve found yourself ogling at a shiny new Yamaha YZF-R1 or BMW S 1000 RR at a showroom and thinking to yourself, “this is a full-blown race bike.” While yes, these bikes look very much like their counterparts in the world of racing, there are actually quite a few differences between top-shelf sportbikes and full-blown racing machines you see in the WorldSBK or MotoGP. So much so, in fact, that you may be surprised to learn that race bikes are pretty much unrideable on the street. Read on to learn more.

Thinking of getting an ECU reflags? Here are the pros and cons If you’re thinking that bikes like the Kawasaki ZX-10RR sit at the very bleeding edge of performance, then yes, you’re right. However, we first need to contextualize that performance. Remember that manufacturers build their production models accounting for street use. So yes, 200 horsepower is undoubtedly outlandish for the street. However, these horsepower figures are commonplace in the world of racing. To put it into context, MotoGP race bikes pump out up to 300 horsepower—that’s about as much power as a Subaru WRX STI.

Additionally, race-spec motorcycles’ engines are extremely high-strung, and often have compression ratios higher than 13:1. This means they get extremely hot, and might not be able to withstand long hours of being operated. Sometimes, race-spec motorcycles don’t even have an onboard charging system and starter motor. If you have a keen eye when watching MotoGP race bikes setting up at the grid, you’ll notice team staff starting up the engines with an external starting tool. While high performance superbikes like the Ducati Panigale V4 come with super high-tech active suspension that changes settings depending on the road condition faster than the blink of an eye, race-spec bikes have suspensions tuned specifically to handle circuit conditions. Street bikes will always take into account a certain degree of rider comfort, as well as compliance to uneven road surfaces. On the other hand, race bikes feature suspension settings that are extremely stiff. Most of the time, suspension settings will vary depending on the race track, weather conditions, as well as the gradients and number of corners found on a certain circuit. Tires play an important role when it comes to setting fast lap times. However, they play an even bigger role when it comes to safety. The latest and greatest superbikes come with tires that are designed to perform optimally on both road and track conditions. That being said, there lies an inherent compromise. When you design a tire to perform equally well across two conditions, you’re limiting its full potential for one at the expense of the other. As such, even the newest street-legal hypersport tire can’t hold a candle against track-only racing slicks.

Most of the time, these are tires you’ll find on race-specific motorcycles. At a glance, you may think that these tires are completely bald. However, they’re designed out of the factory not to have any water-displacing grooves whatsoever, so as to maximize contact patch, and increase the time it takes for them to get up to temp. Up next, we have brakes. If you’re ever given the opportunity to test out a race-specific motorcycle, you may be surprised to notice that it hardly has any braking force at low speeds. This is because most race bikes utilize brake rotors and pads made out of a high-strength carbon or ceramic compound. This means that it takes a lot of heat and energy to get them up to operating temperatures. When they’re cold, they’re practically useless and make a lot of noise. This is why in a racing environment, the bikes are sent out for a warm-up lap to get their stoppers up to operating temperatures. This is also why you'll notice racers setting faster and faster lap times as the race progresses. Last but not least, you simply cannot ride a race-spec bike on the street because it lacks the essential safety features you’d find on road-going machines. In the race track, there’s no need for turn signals, rearview mirrors, and lights, so race bike’s simply do away with these things. In a racing environment, weight is one of the biggest limiting factors out there, so race bikes do away with all these heavy things, including the large catalytic converters, ABS systems, and electronic amenities that make modern-day street-legal sportbikes tolerable on the road.