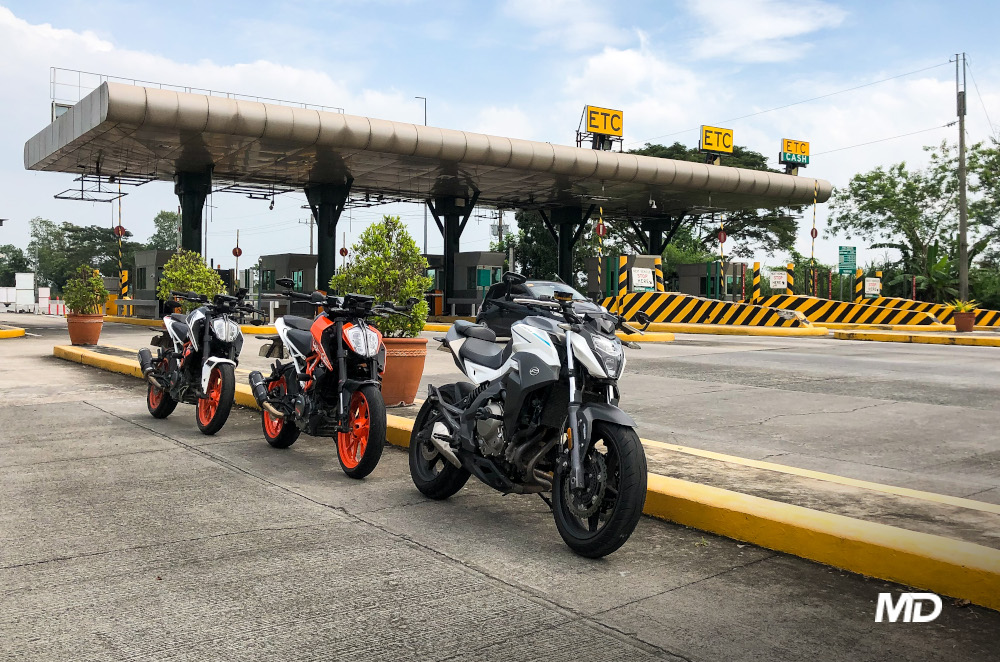 Motorcyclists who roam the highways leading in and out of Metro Manila and nearby areas may already be familiar with the RFID tag system. However, it seems that motorcyclists with RFID tags who often venture into the highways have to stop at the toll booths for the undesirable routine of taking out the RFID account card and having it manually scanned because the RFID tag didn’t seem to trigger the system. What gives? When compared to cars, the front of a motorcycle can be designed in many different ways and comes in a variety of shapes and sizes depending on body style. It’s no wonder motorcyclists often have a hard time finding ways to stick an RFID tag properly without ruining the precious aesthetic of a motorcycle's front-end.

Last week, a few of our writers decided to clear out this debate. Why does a faulty RFID scan seem to affect motorcyclists the most? Where should my RFID be located so that the system can detect it? Where can’t I have it placed and why? If I wanted to have my tag changed, would this still be possible? If any of these questions are parked at the back of your mind, you may want to check out what we’ve found. Here’s all you need to know about the optimal RFID placement for your motorcycle.

Where’s the best place to put it? When choosing a place to put your tag, the personnel at the RFID installation booth set out a very specific guideline. The most optimal placement of your RFID tag is on a clear surface that faces forward. Specific parts that come to mind would be either on the headlight or on a windshield. This is the recommendation for a few important reasons. The RFID tag does not work optimally when placed on an opaque surface since this interferes with the scanning of the toll system. On top of this, the scanners are designed to read RFID’s which primarily face the front in order to accommodate the forward-facing headlight design of cars, which accounts for the majority of traffic a tollbooth experiences.

Touring and adventure motorcycles can easily stick the RFID on the windshield of their respective motorcycle since this is an optimal placement. Classic motorcycles also have a large round headlight which can accommodate the lengthy size of the RFID tag. Unfortunately for others, not all motorcycles are designed with forward-facing clear components that are large enough to accommodate RFID tags, and this is why riders resort to other locations in order to access the highways. However, this is often where our problems of faulty tollbooth readings can start.

Where shouldn't I put it? If you’re thinking about sticking your RFID tag on your front fender, on a metal surface, or an opaque component, you may want to rethink this decision. Apart from these components, RFID tags also have the be stuck onto the motorcycle in a lengthwise configuration – meaning the longest part of the tag has to be parallel to the ground. If your tag is stuck on vertically or diagonally, the scanners will not be able to detect the tag properly and will cause issues when you enter the tollbooth.

Front fenders were also explicitly discouraged by the installers at the tollbooth, for two primary reasons. Firstly, front fenders are subject to a lot of dirt from the rotational forces of your tire which tend to kick up road debris onto the fender which hugs your tire – after all, it is the fender’s job to protect the rider from dirt. However, even small amounts of dirt are known to interfere with the RFID scanner’s capability to detect a tag. On top of this, front fenders are also often opaque, and thus, can prevent the scanner from properly scanning your RFID tag.

Metal surfaces are also highly discouraged by the installers. Metal surfaces were argued to be worse than opaque non-metal surfaces since metal can also interfere with the radio waves emitted from the scanner. Metal has a tendency to scatter and absorb radio waves in such a way that it prevents a proper scan, which will inevitably prevent your motorcycle’s tag from triggering the scanner properly. So it may be best to avoid sticking your tag on a metal windscreen or other forward-facing metal components.

What else can I do? One option would be to relocate your tag. This can be done by removing the old tag and having a new one installed in a place that is recommended by the installers. If your tag is linked to an account, your replacement tag may be linked to that account as well after you’ve had your first tag disposed of properly. Another option would be to have a second account for your replacement tag using a secondary personal email if preferred. For those who don’t have registered accounts, simply taking off the old tag and having a new one stuck on can do the job as well. Just remember that your first tag’s balance may not be retrieved, so be sure to empty it on a ride before you have a replacement stuck on.

Another option would be to create a bracket made of clear plastic or acrylic material for your forward-facing tag. Many riders have done this, and installers present this as a solid recommendation as well for more complicated front-end designs. Riders, however, will have to find a custom shop to have this done since ready-to-purchase brackets are not often available for most motorcycles out there. However, if you do go down this road, you will be happy to know that your tag will be compliant with recommendations, and will be able to properly trigger the RFID scanners.

The last option a rider may have would be to keep the RFID clean and spotless all the time. Before a ride, during a ride, and after a ride make sure your tag is free of dust and debris. This recommendation may only apply to bikes that trigger the scanning system most of the time but encounter faulty scanning issues here and there. Remember to keep that tag clean and dry before you enter the tollbooth the next time around.