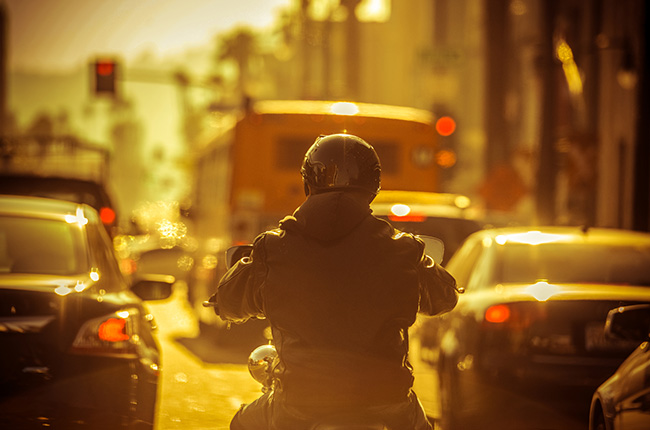 Riding a motorcycle is one of the most enjoyable, relaxing, and therapeutic things you could ever get yourself into. It allows you to focus on a single objective, while at the same time allowing you to take in all the sights, smells, sounds, and sensations that come along with the terrain you’re traversing.

Be it a cruise on the highway, a spirited ride up and down the mountains, or a chill stroll through the urban jungle, this amazing hobby of ours—passion for some—is undoubtedly filled with lots of dangers and threats. After all, choosing to swing a leg over a two-wheeled machine means you’re automatically waiving the protection of four walls, tempered glass, seatbelts, and air bags. That being said, it’s always a good idea to ride within our limits and to practice defensive riding techniques. Here are a few to get you started.

What is ATGATT and why should you do it? As cliche as it sounds, the open road is as wild as the jungle. With undisciplined drivers, eager-beaver motorcyclists, and pedestrians which seem to pop out of nowhere, it can be all too easy to succumb to the pressure that is riding on public streets. However, as you get more seat time, you’ll become more accustomed to the controlled chaos, particularly that of Metro Manila’s Urban environment.

When traversing the urban jungle or the twisty countryside, always be prepared to take immediate action in the event that something out of the ordinary arises. Perhaps an inattentive pedestrian crosses without looking, or maybe a goat decides to cross the street right at the apex of your favorite corner. With this in mind, try to leave as much of an air cushion as possible—enough for you to be able to make an evasive maneuver, and steer clear of danger. 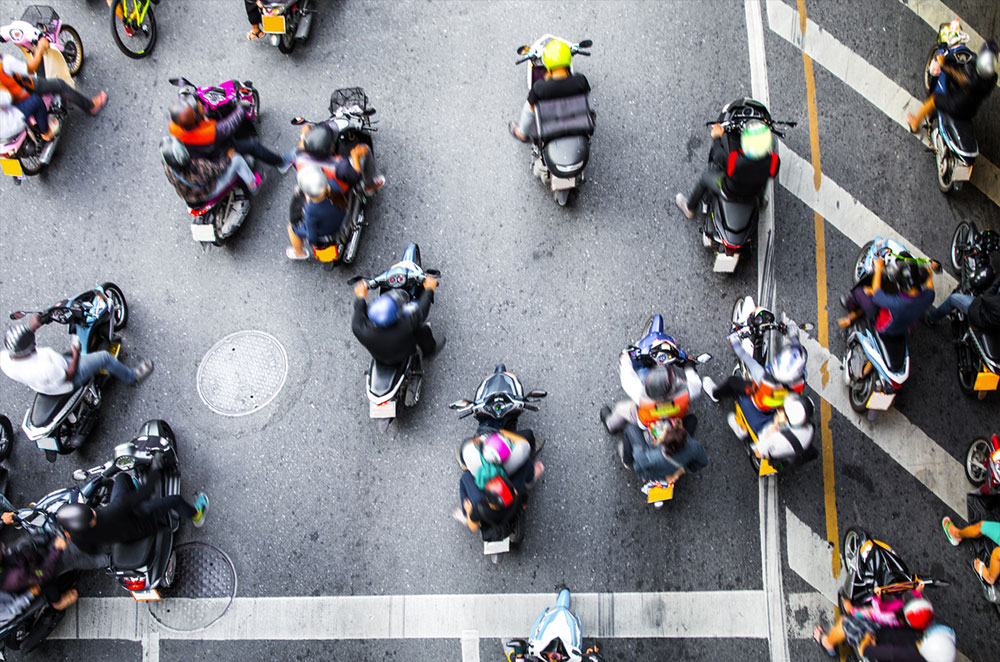 Unlike our four-wheeled cousins, motorcycles can fit in some pretty tight spaces—sometimes spaces where we have no business occupying. While there’s nothing wrong with lane filtering or lane splitting, so long as you do it responsibly, it still is a potentially dangerous move. That being said, it’s always a good idea to calculate potential escape routes in the event that things get a little too tight for comfort.

Calculating escape routes is also applicable in the countryside. It all goes back to the idea of giving yourself an air and time cushion—enough space for you to get out of the way, and enough time for you to make the move safely, ensuring you keep control of your motorcycle.

5 maintenance mistakes you should stop making Just like people, vehicles on the road, too, have their own body language. Particularly here in the Philippines, wherein most drivers rely on their gut instinct when making maneuvers. With this in mind, pay close attention to surrounding traffic the next time you ride your bike. You’ll be surprised to see that you’ll be able to predict a vehicle’s next move just by glancing at a few key parts of the vehicle. Firstly, take a look at the car’s front wheels—are they tracking left or right ever so slightly? If they are, assume the car is about to make a lane change, even if the driver hasn’t activated their turn signals.

Body language is also applicable when observing your fellow motorcyclists. If a rider tends to be looking at one direction more often, than chances are he or she intends to make a turn, or change lanes. Is he or she looking down at their bike quite a lot? Maybe something’s gone wrong and they’re trying to find out the issue with their motorcycle. The list goes on and on, but the point of it all is that a lot can be deciphered by simply heightening your sense of observation. Motorcycles are equipped with side view mirrors for a reason. However, unlike cars, motorcycles’ side mirrors tend to be a lot smaller, hence offer a gravely restricted view of the things around us. That being said, it’s industry practice to perform what’s known as a head-check. This entails actually turning your head momentarily towards the direction you want to go. In doing so, you guarantee that the space is clear, and that it’s safe for you to make the maneuver.

When in doubt, stop There will come a point in time wherein you’re no longer certain as to whether or not your motorcycle will actually be capable of making the maneuver, or if it’ll fit in the space you’re eyeing. In situations like this, it’s best to take a step back, re-evaluate the situation, and think of an alternative course of action. The same goes when you find yourself taking a corner a bit too fast on a twisty mountain road. If you feel like you’ve reached the threshold of your riding skills, or more rarely, the threshold of your motorcycle’s capabilities, then it may be best to slow things down just a tad.

Riding a motorcycle is tons of fun, and riding defensively doesn’t necessarily mean you’ll end up riding too slow, that things end up being boring. Just like all things in life, smoothness is key, and being one step ahead of the things around you ensures you’ll be making the most out of your motorcycling experience.