Turbocharged engines are becoming quite the norm in the realm of cars, trucks, and other automobiles. After all, turbocharging a car engine not only creates more horsepower for the same engine displacement, but has also been shown to improve fuel economy as against naturally aspirated engines for the same horsepower figure. Given the trend in four-wheelers to adopt turbocharging as standard, two-wheeler enthusiasts can’t help but wonder why the trend isn’t making its way to the motorcycle industry. Slapping a turbo on a motorcycle, however, isn’t as straightforward as it might sound as there are a ton tradeoffs that have to be weighed when thinking of turbocharging: power, weight, riding feel, cost, and more. If you’ve ever wondered why turbocharging hasn’t become mainstream in motorcycling, here are a few of the most important reasons.

7 ways to restore your motorcycle's power 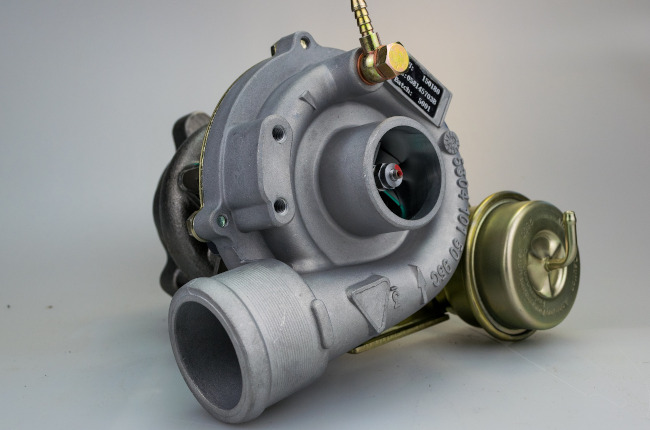 One of the largest concerns around turbocharging a motorcycle is how power will be made. Unlike naturally aspirated engines which deliver power very linearly, turbocharged engines produce power quite abruptly. While many car enthusiasts enjoy the lag between stomping your foot down on the pedal and feeling the boost kick in, this abrupt power delivery can pose a few threats for the average motorcyclist.

Motorcycling requires finesse in more ways than one—and controlling the amount of power sent to the rear wheel is something that riders have to closely manage through corners, slippery roads, bumpy surfaces, and in everyday riding. A turbocharger makes this finesse incredibly difficult to achieve due to the very abrupt nature of how power is sent to the wheel for turbocharged engines. Pair this with the fact power is being sent to only one wheel on a motorcycle as against four wheels on a car, and turbocharging can easily pose a safety risk for many riders due to having less grip. Indeed, traction control can play a part here—but it would be uninspiring and unpredictable to have traction control kick in at every twist of the throttle. Fitting a turbocharger on a motorcycle engine is not as easy as it might sound. A turbocharged system is quite complex as it will need additional intake and exhaust routing, an intercooler, a blow-off valve or recirculating boost system, and additional sensors and wiring to complete the job. Add all of these components onto a motorcycle, and you will soon come to realize that turbocharged systems are quite bulky and heavy. One of the many things we love about motorcycles is the fact that motorcycles are small and nimble machines when compared to the average four wheeler, and while turbocharging will not make your motorcycle as large as a car, it may make it feel more sluggish around corners and more difficult to maneuver through traffic due to the additional weight and bulk. The last and most important reason why turbochargers are not often used on motorcycles is that incremental power gain of turbocharging an engine may not be as significant as many would hope. On average, turbocharged engines aid in increasing engine output by around 20% to 30%. While this sounds quite significant at face value, turbocharging a 650cc engine with 70 horsepower will net a new total of 91 horsepower—something that can be more easily achieved with around 200cc more of engine displacement instead of fitting a complex turbocharger system.

This would not only be cheaper and simpler to do, but would also save the rider the additional bulk and weight of having a turbocharged motorcycle. While turbocharging a motorcycle may definitely sound like a fun and worthwhile endeavor, increasing engine displacement may more easily achieve the desired power output without sacrificing a more linear power delivery and the light and nimble characteristics of a two-wheeled machine.