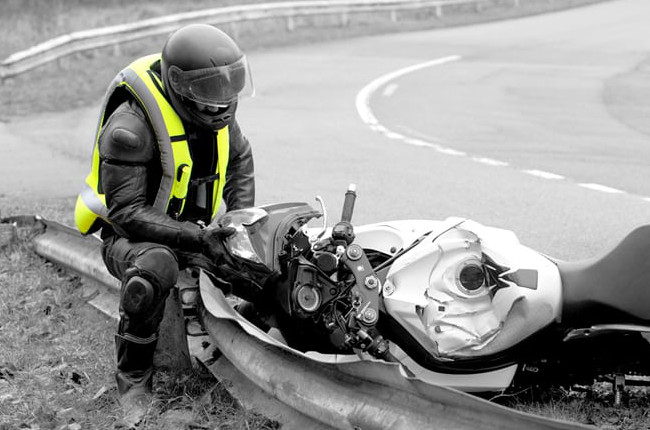 Motorcycle safety has advanced leaps and bounds over the past decade. Back then, a simple crash helmet, leather gloves and a leather jacket were pretty much the best of the best when it came to safety in the event of a crash. These days, however, technology has advanced such that racing-levels of protection and safety are now available to the majority of street riders.

Developments in materials science has brought about synthetic textile fibers which are lighter, more breathable, and more abrasion-resistant than some leathers. On top of this, compact and sophisticated devices such as airbag vests have become very popular, especially in the premium segment of riding gear. Having said that, is an airbag vest really worth it? Let’s take a closer look at this revolutionary piece of technology and determine whether or not an airbag vest is a worthy investment.

What is an airbag vest? 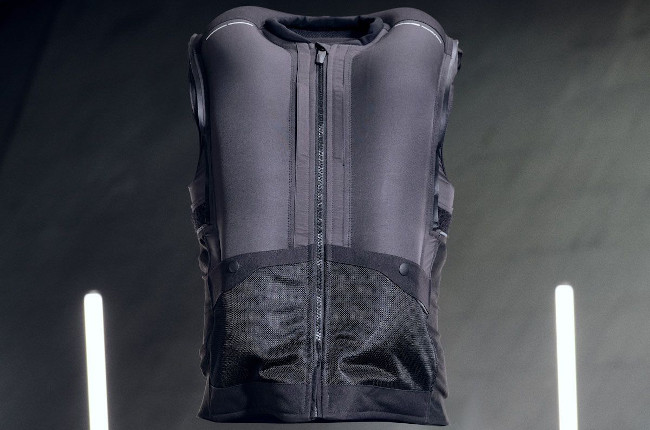 Generally speaking, an airbag vest works in a similar fashion as to how an airbag in your car would work. At the moment you get thrown off the bike, the airbag inflates and provides momentary protection between you and the pavement. Usually, airbag vests are attached to the motorcycle via a tether. Once you get thrown off the motorcycle, the tether then severs, and the airbag inflates. Other more high tech airbag vests make use of accelerometers and motion sensors which are able to detect sudden change in movement tantamount to a crash or slide.

At present, nearly all major gear manufacturers offer products which feature one form of airbag technology or another. Among the most popular options are Hit-Air’s products, which is considered as one of the pioneers in the airbag vest market. Other popular products include Alpinestars and its premium Tech Air 5 airbag which is compatible with an array of the company’s riding jackets and racing suits.

Full-face helmet vs modular helmet: Which is better? 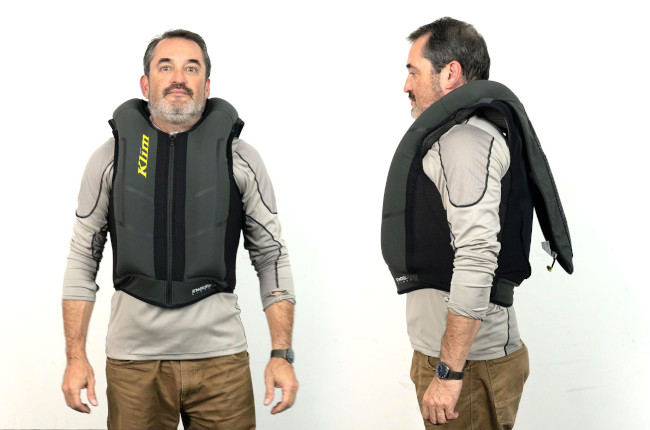 Naturally, having an airbag vest provides you with a substantial amount of protection in the event of a crash. Airbag vests have been designed such that they provide maximum protection to your most vital body parts such as your spine, thoracic area, and neck. Airbag systems such as Hit-Air’s newest RS-1 racing airbag vest have been designed specifically for use on the track, where speeds are a lot faster, and crashes tend to be more violent. As such, having that added level of safety is definitely a huge bonus.

Adventure riders, particularly those who venture off-road quite a lot, will certainly benefit from the added protection of an airbag vest, too. The unpredictable terrain drastically increases the risk of a crash, and having that extra layer of protection against jagged rocks and roots is certainly something that can save your life. While all these pros are definitely worth the investment, there are a few cons to consider, especially if you’re one who prefers to ride in comfort and freedom of movement. Naturally, having that extra layer of protection is something you will feel. Even the lightest of airbag vests can thoroughly make their presence felt on a hot summer day when you’re stuck in the middle of heavy EDSA traffic. On top of that, most airbag systems make use of a tether attached to the motorcycle. It isn’t unheard of for riders to forget that they were attached to their bikes, and have the airbag vest deployed as they got off their bikes. This definitely presents itself as an embarrassing situation, and cause some delays, too, as you’ll need to reinstall a new CO2 canister and deflate the system.

Of course, another thing to consider is the cost. Airbag systems such as the ones we mentioned earlier cost upwards of P30,000. On top of this, airbag vests aren’t meant to replace your motorcycle jacket, but rather, are integrated into them or worn on top of them. As such, you could be looking at upwards of P50,000 for a decent jacket and airbag vest combo—money that not all motorcycle riders can simply fork out

At the end of the day, the riding gear you choose is entirely up to you. Perhaps if you ride a big bike and find yourself riding on the highway, racing circuit, or twisty roads very often, then yes, an airbag vest is totally worth the investment. However, motorcycle jackets, especially those from well-known name brands with extensive R&D procedures should be more than capable of providing you the protection you need, especially if you’re a more laid-back rider who rides on the street.