Motorcycles are enjoyed by millions and millions of people every day. Many of these people grew up playing video games, and some of those games featured fantastical bikes that we've never seen in the real world.

While we may never get to ride these fictional motorcycles, admiring them never gets old. Here are five of the most iconic motorcycles in video games. When Final Fantasy VII came out in 1997, few realized how immense its impact would be. Widely considered as one of the most influential video games ever made, the gameplay mechanics it pioneered are endless.

Many might remember the Hardy Daytona motorcycle as one of FFIV's defining features. Its name is a play on Harley-Davidson and the world-famous Daytona races. The bike itself features a super-aggressive design with its armored front fascia and a larger-than-life twin-tip exhaust. Some have tried and failed to recreate the Hardy Daytona in real life, and it's likely to stay that way.

GTA V remains the most enduring entry in the titular video game series. It has survived through three console generations now, and you may be wondering why. The level of detail and realism in GTA V is something that many who played it crave time and time again.

The game has lovingly parodied real-life vehicles, including motorcycles. Franklin, one of the main characters in GTA V, encounters the Western Bagger early on in the game. At first glance, the motorcycle appears to be based on the Harley-Davidson Street Glide Special. The Bagger evokes Harley's cruising specialty, and it does so with style. 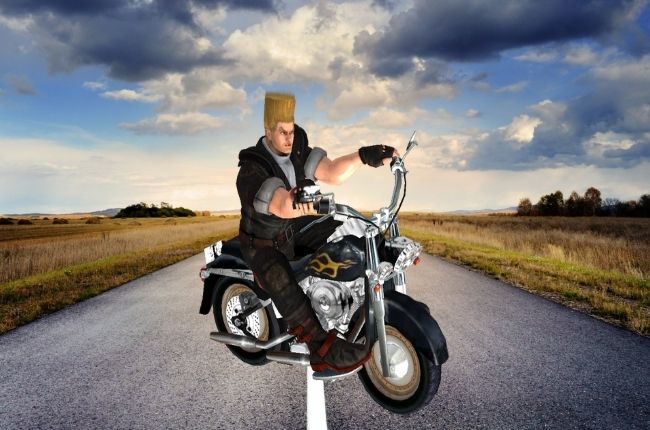 Tekken is a series of popular fighting games that originated in Japan. The Paul Phoenix character uses a Judo-based fighting style blended with fire techniques. A core part of his identity is his love of motorcycles, which he never fails to show off.

Paul's motorcycle is another homage to Harley-Davidson, which is a testament to the brand's cultural influence. The bike doesn't have many defining features, but if you ask us, it looks a bit like the Iron 1200. 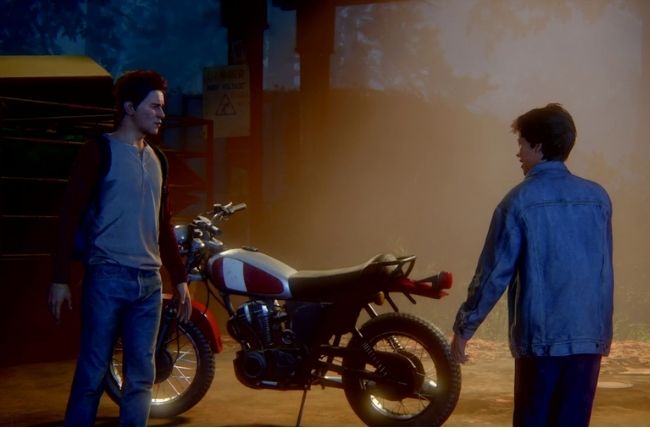 The Uncharted series can sate any motorcyclist's hunger for adventure. With its action-packed gameplay and immersive story, it's easy to forget how much attention the developers put into world-building.

For Sam, brother of Uncharted protagonist Nathan Drake, every adventure is best experienced with a classic motorcycle. It's no doubt that Sam's risk appetite has rubbed off on his brother. In the fourth game in the series, Nathan asks Sam about the bike. To Nathan's surprise, Sam says the motorcycle packs a 500cc engine, more than what he expected. In terms of design, the bike is reminiscent of the Royal Enfield Classic 350 or a vintage Ducati Scrambler. Sam is a man of taste, after all. In this Japanese role-playing game (JRPG) series, certain chosen people can awaken to a power that's known as "Persona." According to the games' lore, A Persona is the living aspect of someone's personality, and it appears in times of need to defeat monsters and corrupted individuals.

Persona 5 may very well be one of the greatest JRPGs of all time, thanks to its deep story and mature gameplay. In Persona 5, one of the main characters is Makoto Niijima. Her Persona comes in the form of Johanna, who is based on a mythic medieval female Pope.

Johanna is designed as an ultra-modern, living sportbike that exudes power and elegance. The Persona's face can be seen on the bike's front fascia, just behind a stunning blue windscreen. The bike also features aggressive, bare-metal bodywork and a silver finish. We wouldn't want to be on the receiving end of an attack from this motorcycle.