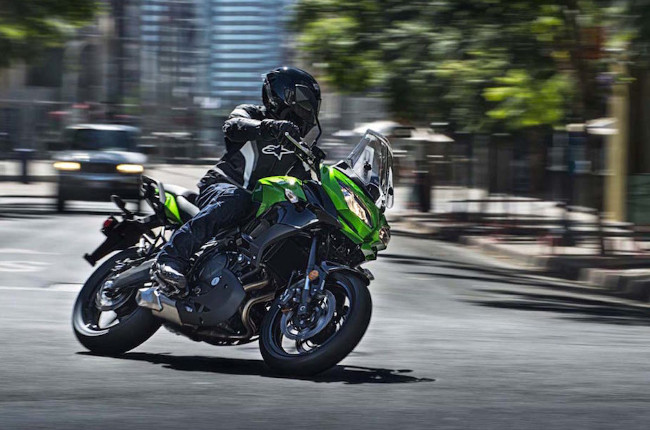 When you think of adventure bikes, what’s the first bike that comes to mind? Chances are you think about premium, top-shelf machines such as the BMW R 1250 GS, or the KTM 1290 Super Adventure. While these bikes are the pinnacle of ADV performance, they also come with hefty price tags which are well beyond the reach of most motorcycle enthusiasts. Another popular adventure tourer, especially in the Philippines, comes in the form of the Kawasaki Versys 650. This capable adventure bike has quite a lot of things going for it. With its sporty styling, bulletproof reliability, and user-friendly design, there’s a lot to love about Team Green’s middleweight adventure machine. Let’s take a closer look at this bike. 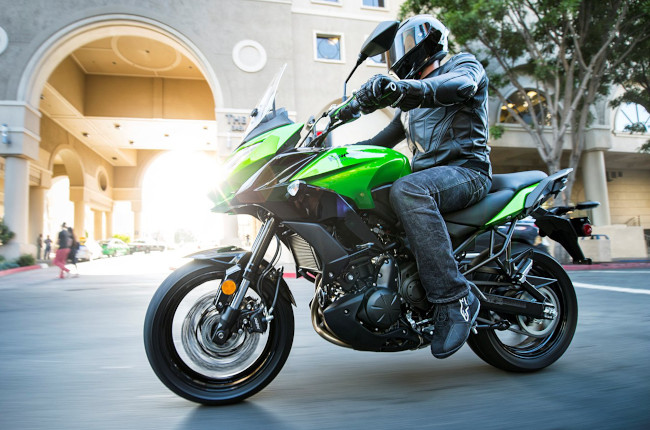 When you first take a look at the Versys 650, it’s very easy to mistake it for a much larger, more expensive motorcycle. Boasting a more sporty, road-oriented styling, the Versys 650 looks like a Ninja which has morphed into a capable all-rounded. That said, it gets similarly styled dual headlights, which give the bike an aggressive scowl. It’s sharp, angular tank fairings give it an imposing, muscular stance, and its long-travel suspension makes the bike look like it’s ready to take on whatever terrain you throw it on.

While the Kawasaki Versys 650 employs sharp and sporty aesthetics, loads of usability and practical functionality remain on tap. The bike’s adjustable windscreen makes for an extremely comfortable ride, while the low seat height and comfortable saddle make long highway journeys a joy to embark on. Loads of aftermarket accessories such as luggage racks, comfort seats, and other practical add-ons are also plentiful. On the performance front, the Kawasaki Versys 650 is no slouch. It shares the same mill as the other 650cc bikes in Kawasaki’s stable—the Ninja 650, Z650, and Vulcan S. That said it gets Kawasaki’s tried and tested 649cc parallel-twin engine. Complete with dual-overhead cams, fuel injection, and liquid cooling, this engine produces a healthy 68 horsepower, making it capable of speeds in excess of 200 kilometers per hour, and going from 0 to 100 kilometers per hour in around 4 seconds.

The Kawasaki Versys 650’s engine comes fitted with a 180-degree crankshaft, which gives the bike a rather lackluster exhaust note. However, it does give the engine very smooth and linear power delivery, making a beginner-friendly option for those just starting to venture into the world of big bikes.

How to master the heft of your adventure bike The Kawasaki Versys 650 is one of the most versatile big bikes in the market today. Want to go for a quick ride to run some errands? The Versys 650 is narrow enough to filter in heavy traffic, and light enough for you to muscle around at low-speeds. Feel like taking a long weekend trip out of town? No sweat, the Versys 650’s comfortable ergonomics and long-distance ability make kilometers on the expressway a pleasure cruise. Want to go on an adventure off the beaten path? The Versys 650 will gladly carve the twisty roads, and even offer enough ground clearance and suspension travel to tackle light off-road terrain, gravel roads, and pothole-laden roads. 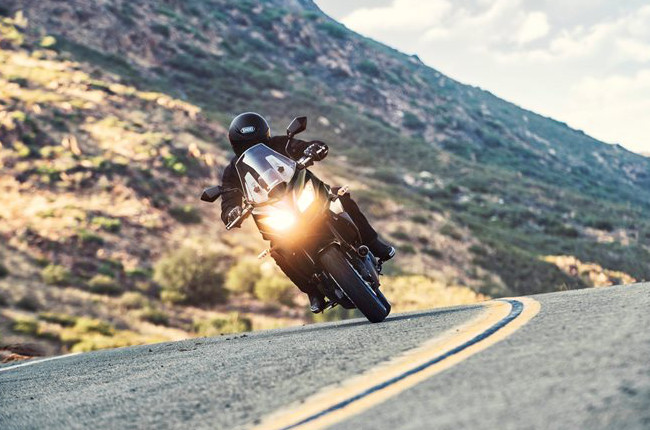 As mentioned earlier, the Versys 650 comes with Kawasaki’s tried and tested 649cc parallel-twin engine. Now, this engine has been around for nearly two decades now, and has gone through quite a few iterations. However, the unit’s mechanical architecture remains more or less the same. That said, this bike is undoubtedly one of the most reliable, dependable, and consistent machines out there. On top of this, Kawasaki has partnered up with some of the industry’s biggest name brands when it comes to the bike’s components. Suspension has been developed for this bike by KYB, and Nissin supplies the braking components, as well. That being said, the Versys 650 has stood the test of time, and continues to be loved the world over thanks in part to its bulletproof reliability.

5 tips for beating the heat on your motorcycle When it comes to value for money, the Versys 650 sits high up on our list. With all of its features and capabilities, this bike truly is a machine for all occasions, and at just P450,000, you get a motorcycle that can take you anywhere, and last you years while holding its value considerably well. On top of that, the aftermarket support for the Versys 650 is such that you could set it up for multiple purposes, and have a vast selection of accessories and upgrades to suit your needs.