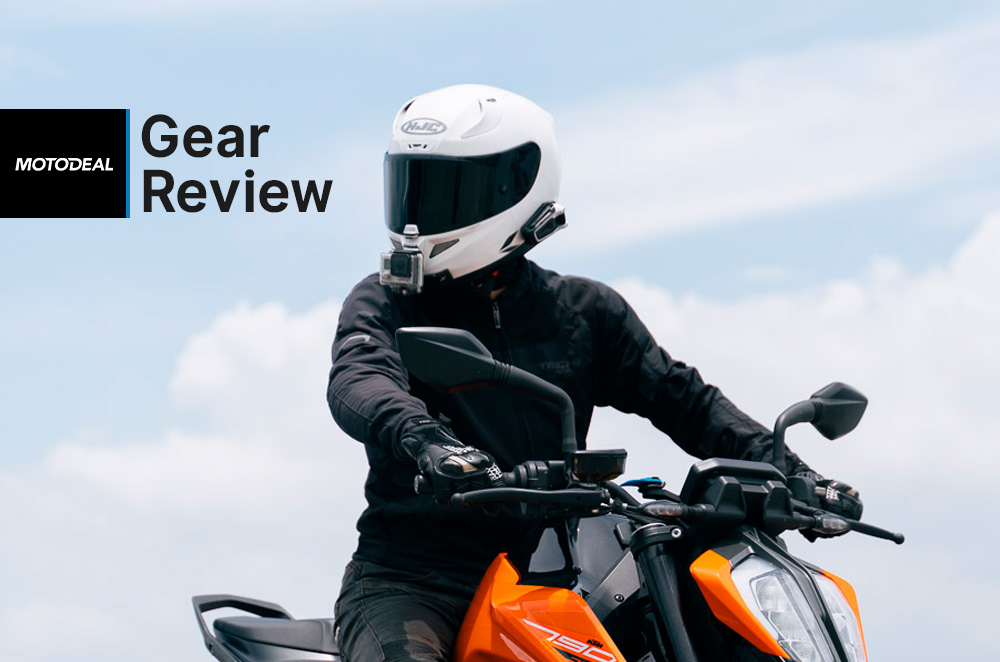 HJC’s amazing. I’ve been a fan of Hong Jin Crown Corp. (which is HJC spelled out if you didn’t know) for quite some time. Ever since I got my first HJC lid, I’ve been gushing over just how good the helmets were even at the entry-level. Heck, several of my riding buddies went HJC and never looked back, while others have gone back and forth but found themselves strapping on a CS-15 because the products are just that good. 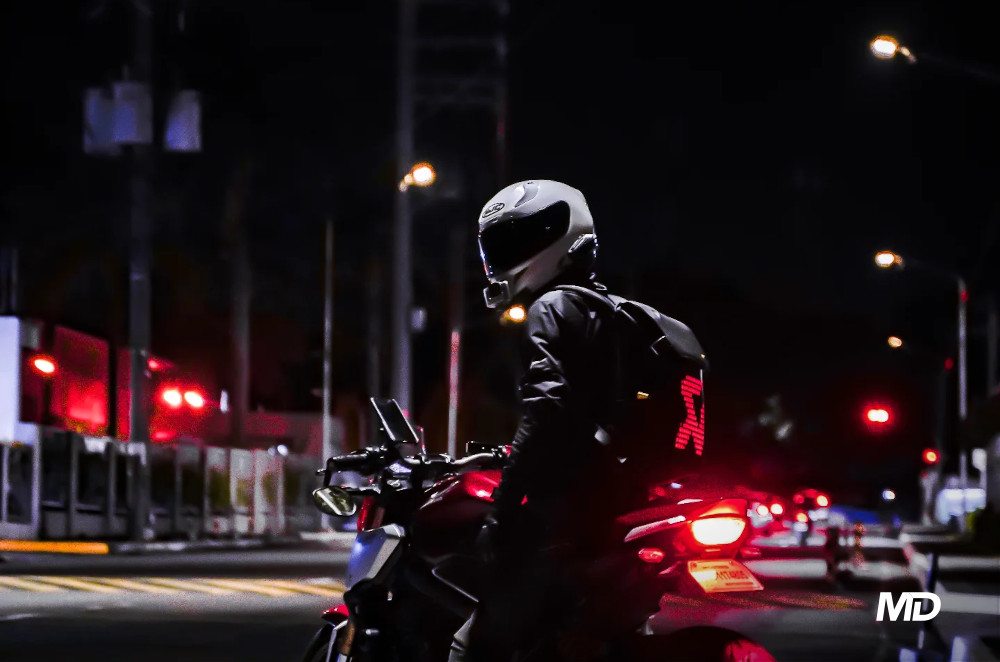 Back then, I had a bit of a mountain to climb when it came to experiencing HJC. I first started out with an HJC i10 then immediately became a fan of the brand, then my mind wandered over to the premium RPHA series of helmets. I wondered, “if the mid-range and entry-level models were that good, would the RPHA series be amazing?” Spoiler alert: after pulling the trigger on an RPHA 11 Pro, I never looked back. 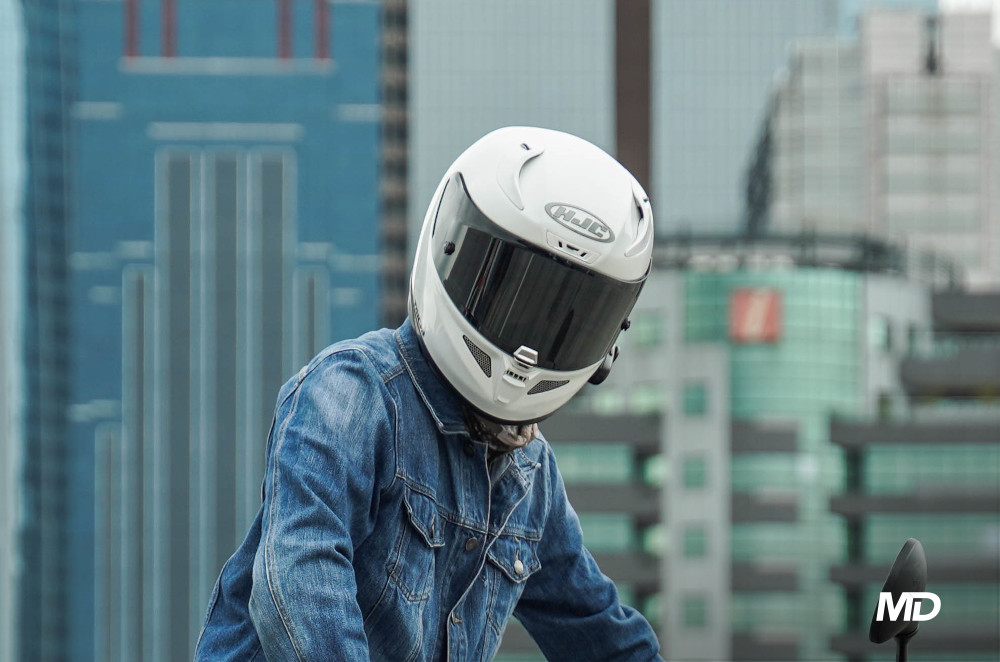 It was love at first ride with the RPHA 11 Pro. The helmet had quite a luxurious interior compared to the lower-tier HJC helmets. The pads inside the helmet felt a touch smoother than the i10 that I previously dailied (now it’s just gathering dust in the corner of my room), and the fit was somewhat tight at first, but either the pads broke in really well within the first two to three rides, or my face just got used to being one with the helmet.

The break-in period was seamless and I experienced no hot spots on the crown or the temples of my head which is a good indicator that the helmet is true to size, speaking of which, I got the medium that comes in at 1,400 grams which is way lighter than my other polycarbonate helmets. For some reason, newer stocks of the RPHA 11 Pro are now labeled at 1,350 grams, perhaps HJC slightly revised the helmet over time. The Premium Integrated Matrix Plus (PIM+) shell is a mix of carbon, aramid, and fiberglass put in a single composite shell that makes the RPHA 11 feel real light on your head. The difference was noticeable compared to the polycarbonate helmets I used to frequent before the RPHA 11. The RPHA 11 vents extremely well. As long as you are moving, you won’t have to worry about getting too hot inside the helmet. Even if it does vent well, the noise inside was quite acceptable, especially while riding on the highway. At a hundred kilometers per hour, you can be alone with your thoughts, or jive to your tunes without much intrusion from the air rushing past you.

Speaking of music, comms devices fit well on the RPHA 11 thanks to the cutouts in the EPS liner. The cables of any comms system tuck nicely into the helmet and installation is seamless. The close fit to your face also helps you hear the sound quality of the comm’s speakers, especially if you have Cardo’s JBL units installed. 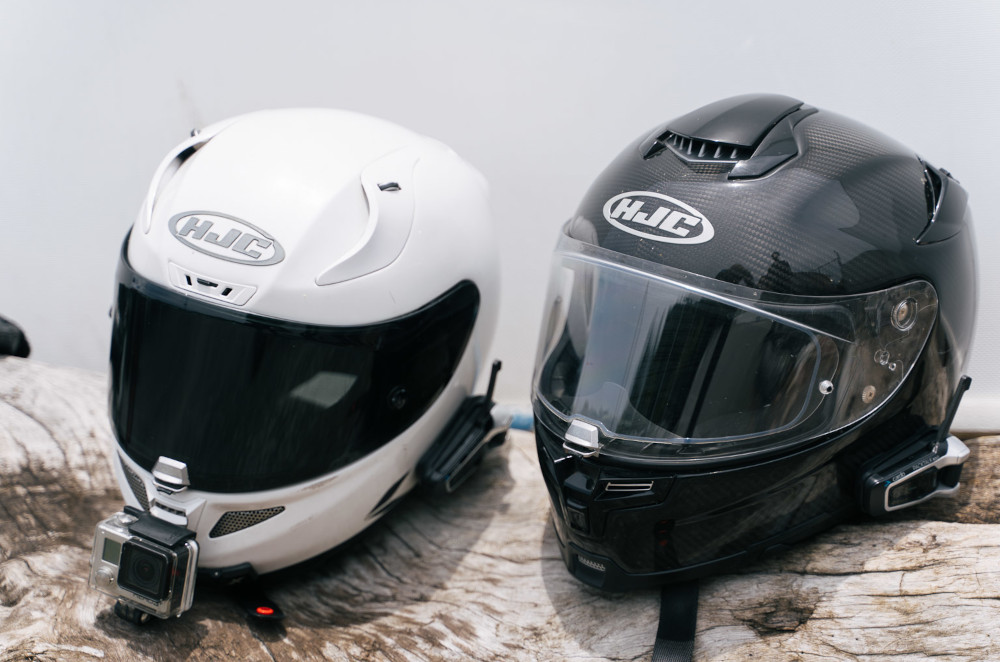 Whether it’s a long or short ride, there is some magic fairy dust sprinkled into every RPHA 11. It’s a good balance of ventilation versus quietness and comfort, but it’s not without some of its shortcomings.

Over time and after many kilometers… 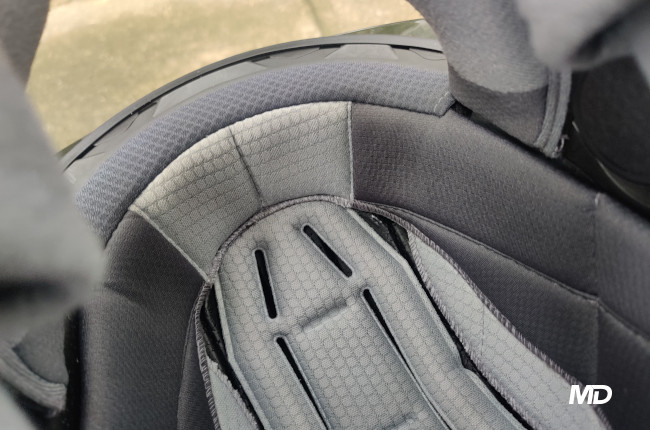 The production date on my RPHA 11 Pro is March 2020, which now makes it about two years old at the time of writing. I’m impressed at how well it’s held up considering that I’ve been riding with it almost non-stop, rain or shine. If you take a look at my helmet, it’s definitely seen a lot of action. From scratches due to crashes and a few blunders, the helmet is still extremely serviceable.

Yes, I did crash in it, but it was very minor. I did bump my head a little bit, but the shell, the EPS, and the internal pads held up with no compromising damage so the helmet lived to ride another day. Still, however, there are quite a few battle scars on my unit, and it’s been through the wringer, shielding me from rain, mud, sand, and the occasional rock that some of my buddies throw at me on the highway. 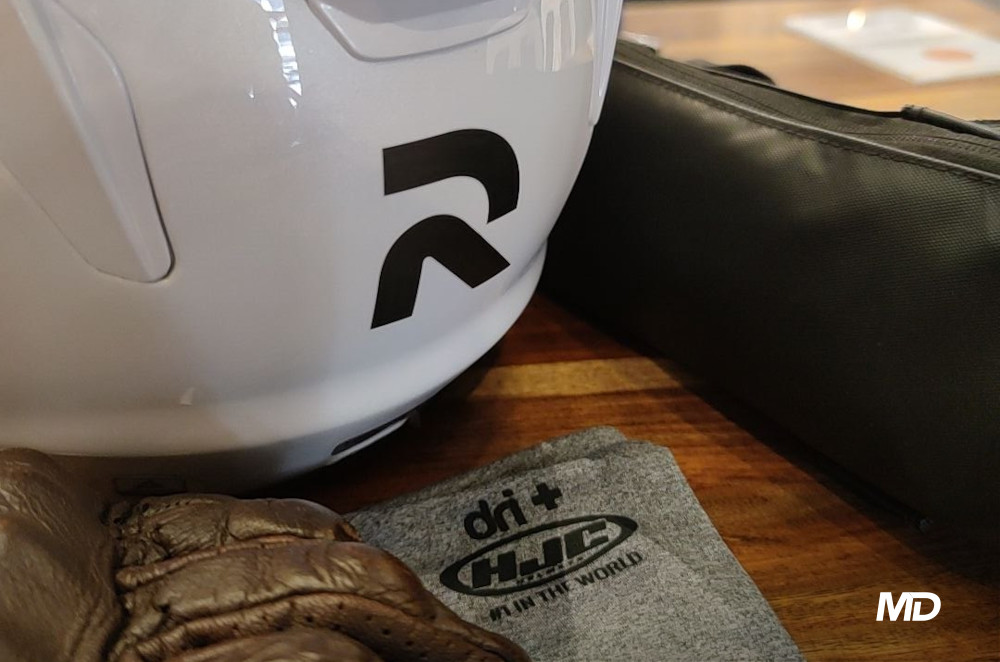 I’m most impressed by the interior’s durability even after sweating profusely on hot days and getting soaked on rainy days. The Polygene interior held up beautifully, and I still feel like I don’t need to change out the pads yet.

The chief complaints I have about the RPHA 11 are the visor hinge system and the top brow vent switches getting loose. Even when I first started using the helmet, the indents in the visor hinge were essentially superfluous. Over the course of many kilometers, the hinge got loose on me and refused to stay open in the cracked position and would sometimes close due to air resistance in the fully-opened position. The latch got so easy to actuate and the visor hinge became loose enough to the point that I could close the visor without touching it, I simply had to nod hard and the visor would close and the latch would lock. It’s a neat party trick to show to friends, but I’d rather have a visor that would stay open when I want it to, be it in the open or cracked position. The top brow vent switch now has a tendency to rattle and it also isn’t as tight as it used to be, though that could also be due to a manufacturing defect or just plain wear and tear. I can’t rule out the fact that it could have been a production issue specific to my helmet since other RPHA 11 users haven’t complained about the same things. Then again, their helmets are newer than mine, and they’re probably not as hard on their lids. 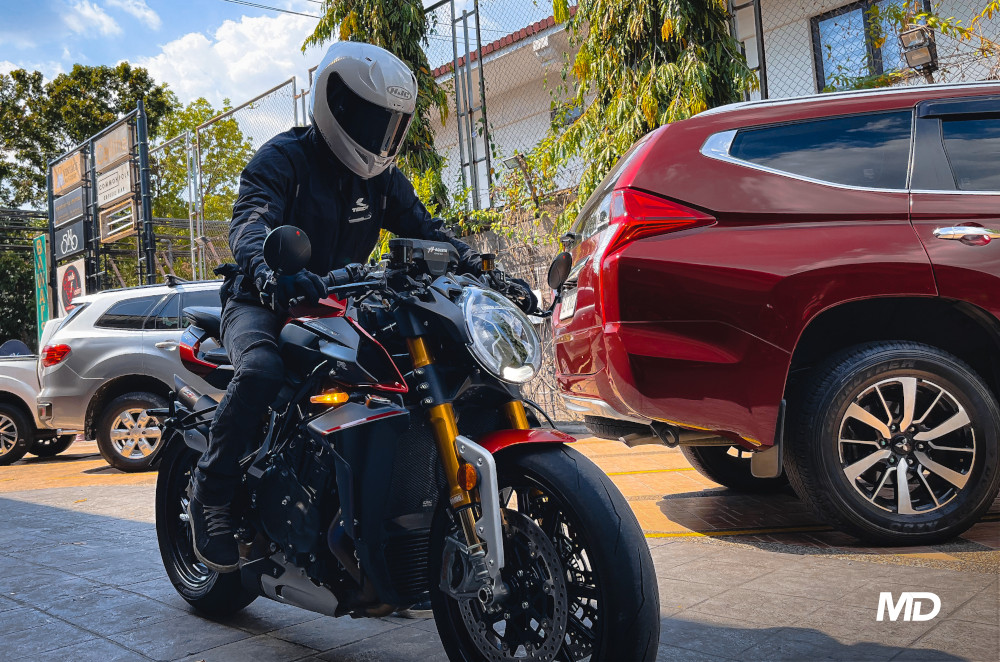 Here’s the kicker. I bought my RPHA 11 second-hand from a friend who bought one too many helmets. He had the lid for about three months and decided to sell it because he preferred the lightness of the RPHA 11’s Carbon counterpart. I don’t blame him, I’d love to have a carbon fiber lid, but at the time I was on a budget when I was ready to purchase another helmet. In fact, if he didn’t offer me the helmet, I would have gone to another brand for the same price I paid for his, but I’m glad that I didn’t.

So even if my RPHA 11 was second-hand, it was extremely resilient and put up with all my antics. Whether it was rain or shine, the helmet kept me safe and comfortable, plus it was an amazing value with only a few downsides due to some parts getting loose over time. Speaking of, you can get the RPHA 11 Pro in solid colors at just P19,000, retail. After experiencing it, I wouldn’t mind paying the full price because it’s just that good. Considering that other brands will charge you upwards of P30,000 for a helmet of this caliber is just icing on the cake.

Plus, you don’t have to limit yourself to solid colors. Triumph JT Marketing Corporation, the distributor of HJC in the Philippines, brings a wealth of options to its dealers if you want an RPHA 11 with a bit of or a lot of attitude. The only catch is that the standard graphic options will cost you about P22,000 while the plain carbon will set you back about P26,000. If you want any of the limited-edition or carbon fiber models with graphics, prepare your wallet for a P30,000 price tag. Regardless, it’s an amazing helmet. Get it if you can, and if you can’t, you can get a little close to the RPHA experience if you get any of the entry-level or mid-range models. HJC’s just that dialed in. I’d still choose the RPHA 11 over my i10 any day, though.

If you want Jinno’s thoughts on the RPHA 11 Pro as well as a bit of a walkthrough on the helmet’s features and tech, check out our video: