What if we told you that there is a cruiser that any beginner can handle? While it’s not always recommended to start on a 350cc motorcycle in the Philippines, there are certain exceptions. Cruisers are low to the ground and easy riders, however, most have large dimensions and bulky proportions, making them cumbersome to lug around through city traffic.

Royal Enfield has an answer to that, and it’s the Meteor 350. 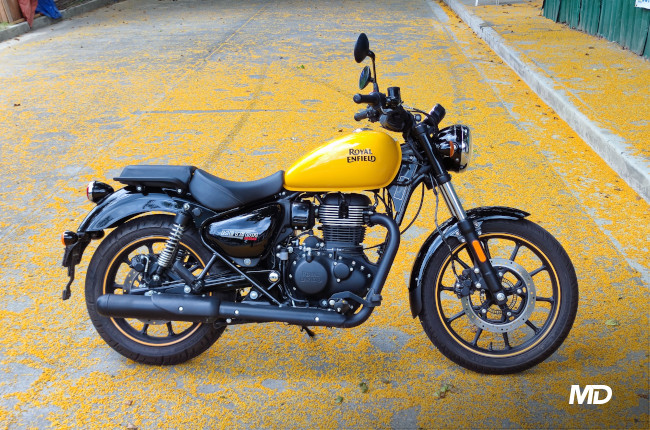 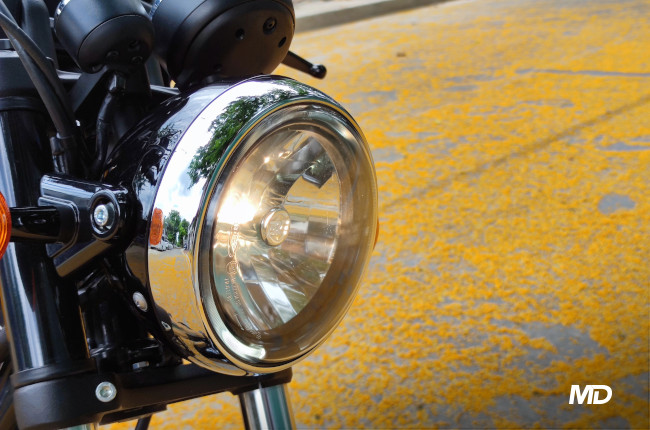 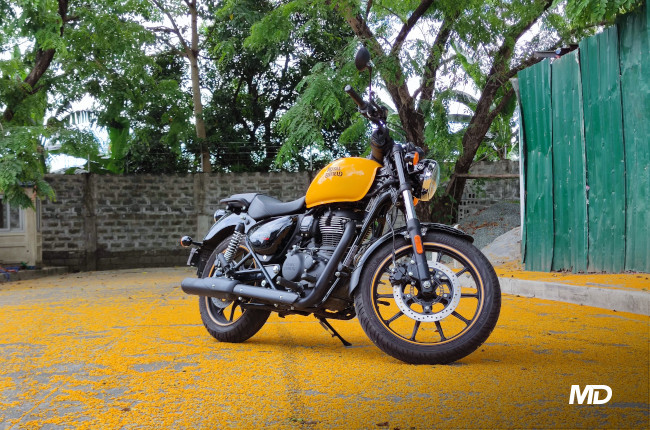 To be honest, not everyone in the team likes cruisers. Most of the riders in the office are sportbike or sport-naked riders. Save for our esteemed video host, Jinno, cruisers don’t really appeal to the younger audience all too much. However, once we got our uncalloused hands on the Meteor, a switch flipped. Everything is quality, solidly built, dense, and with a good feel. RE stood by their guns and gave us a motorcycle that is indeed—well—built like a gun. This is the most affordable Enfield that you can get your hands on, but it’s built like a top-of-the-line model from the brand. 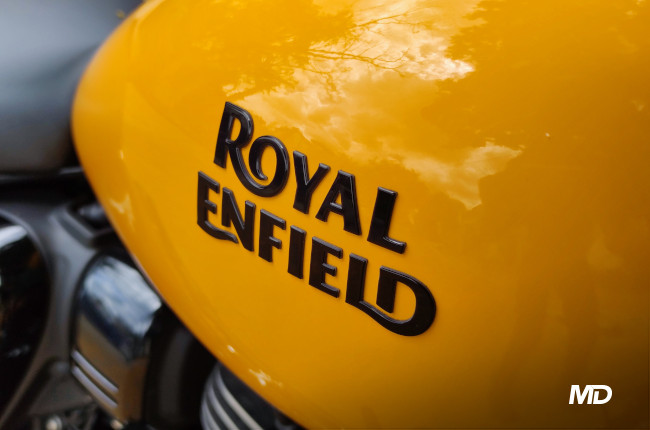 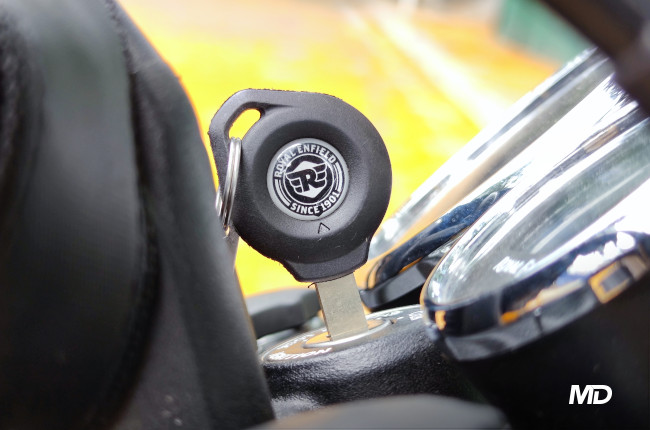 The bike is indeed eye-catching. It gets random stares from other riders. The yellow gas tank and the accent colors demand attention and are immaculately finished. The color really pops out and the tank has no flex in it whatsoever. Also, all the touchpoints are solid with no noticeable wobble. The controls are dense and robust. The footpegs are wide and are nicely cushioned, and the seat is wide where it needs to be and thin where it should be. Given RE’s track record of how they design and build their engines, we weren’t expecting thunderous power from the 350cc engine. Instead, it was quite refined for a thumper. It churns out a reasonable 22 hp, and it definitely felt like it. It’s fuel-injected so you won’t have to worry about altitude or temperature changes too much, so it’s thoroughly modern with an authentic retro feel. It can achieve 100 km/h, though, but we wish that there was a 6th gear thrown in there as any speed above 100 km/h did make the engine feel like it was gasping for air. As a city bike, however, at low RPMs, it had a nice rumble, and it had enough torque so you didn’t have to downshift all the time. What surprised us the most was the handling. It weighs about the same as your typical 300cc to 400cc class bike, but it doesn’t have an unwieldy feel about it. In fact, it feels pretty agile for a cruiser. It turns in nicely with a good and stable feel, but it’s not like a sportbike. The brakes are also great, with a decent feel for both the front and the rear. The lever feels good and the rear brake bites well but is quick to modulate. Plus, the clutch pull is relatively light. 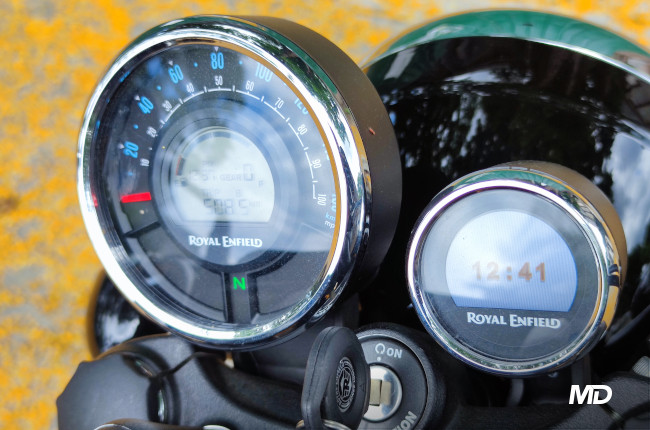 It may be a classic bike, but the tech in the Royal Enfield Meteor 350, is far from classic. Purists might argue that it does not fit the bike, but the execution doesn’t interfere with the overall aesthetic. There is a combination digital and analog gauge cluster, with a screen on the right side that pairs with your smartphone for turn-by-turn navigation. It almost defeats the purpose of having your phone out on a bar mount because most of the info that you need will be displayed there anyway. On safety, you have ABS, which is well appreciated, but that’s about it. 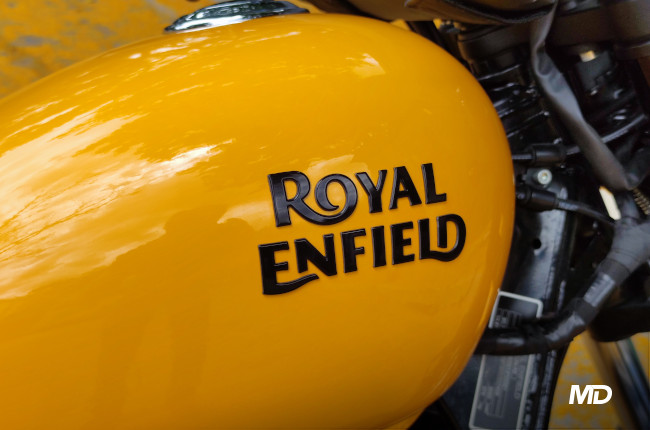 Here’s the thing, this bike retails for P232,000, which is a little pricey for a cruiser that you can only use in the city. However, it is thoroughly usable in the city. It’s very comfortable, not too heavy, and low to the ground. The build quality is second to none in the class, and it has a great set of features. Capability-wise, it’s similar to a lot of entry-level highway-legal motorcycles, but it has that extra wow-factor especially in its yellow colorway.

Though, if you are looking for something that can take you on the expressway, that’s not happening with the Meteor. Royal Enfield has positioned this motorcycle as a perfect city bike. It has all the kit you need and more than enough power to take on the urban jungle. Though 350ccs may be a lot of displacement for the city, the engine purrs and behaves so well even when the throttle is jerked. To close, quite frankly, we’d take this over a scooter.