Yamaha motors have just announced its release of a new pair of Monster Energy Yamaha Racing Editions of the newly updated YZ250F and highly successful YZ450F. This new Racing Edition motorcycles feature brand new black and blue bodywork with exclusive Monster Energy Graphics. The new dirt bikes are made in celebration of the recent podium finishes of Yamaha and Monster Energy’s factory team. The new Monster Energy Yamaha Racing edition YZ250F and YZ450F MX bikes give motocross riders the opportunity to own an aggressive-looking 2021 production bike with the genuine look of Yamaha’s Grand Prix team motocross bikes. The YZ250F has received a major overhaul with a whole slew of upgrades to make sure you’re ahead of the pack, and closer to the finish line. Its engine has received a boost to give you a smoother power delivery especially in the mid-range and top-end thanks to the revised exhaust cam profiles, an all-new airbox, and a brand new exhaust system. It also now features an all-new clutch assembly that’s designed to better adapt to the new bike’s improved power and torque figures.

It also features a newly redesigned chassis to give the rider improved feel and handling performance, thanks to revised rigidity in the frame and tweaked up suspension settings. Lastly, its braking system has also been optimized for the 2021 model’s improved engine with lighter, more powerful discs and calipers for both the bike's front and rear bikes, making sure it has enough bite to slow down the bike. 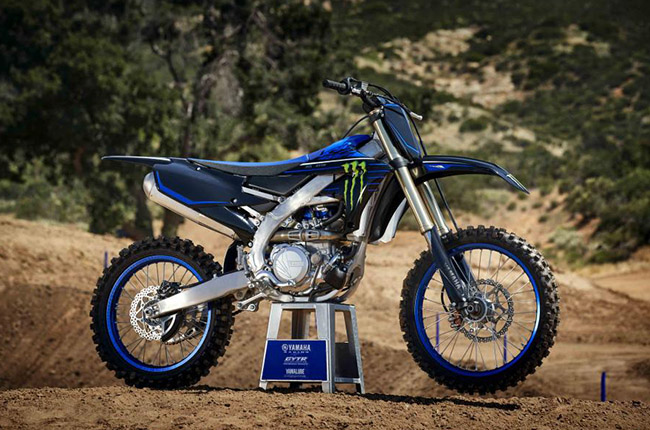