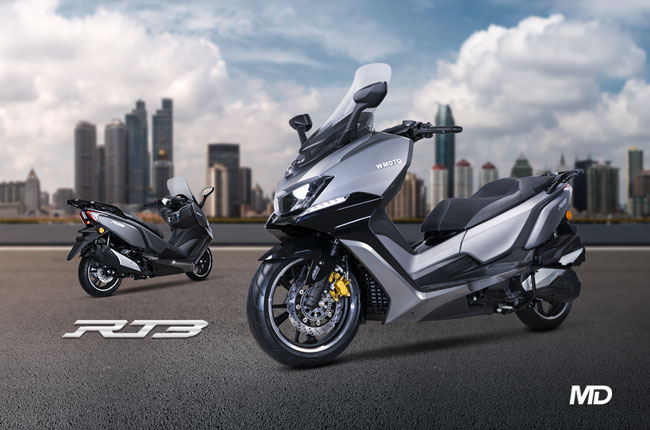 In Europe and Asia, the maxi-scooter market is growing rather rapidly. People looking for comfortable all-rounders are shifting to maxi-scooters thanks to their ease of use and general practicality. Scooters like the Yamaha TMAX and BMW C 400 GT have gained massive popularity in recent times.

In the Philippines, the prevalence of maxi-scooters is greatly hindered by our 400cc-up expressway rule. Because of this, our choices for expressway-legal maxi-scooters are drastically reduced. Despite this, maxi-scooters with displacements in the 300cc ballpark have become more popular in the local market. Machines like the Kymco X-Town 300i, as well as the highly sought-after Yamaha XMAX are becoming more and more ubiquitous.

On top of well-known brands releasing more maxi-scooters into the market, several Chinese manufacturers have begun rolling out new models which offer similar specifications as their Japanese and European counterparts—but at a fraction of the cost. The latest of which would be from Malaysian motorcycle manufacturer WMoto. Dubbed the RT3, this mid-sized maxi-scooter has made its debut in the Malaysian market. However, given this scooter’s specifications, we’re pretty sure it would make a pretty strong case for itself in the local market.

Would you like to see the Honda Forza 250 in the Philippines? 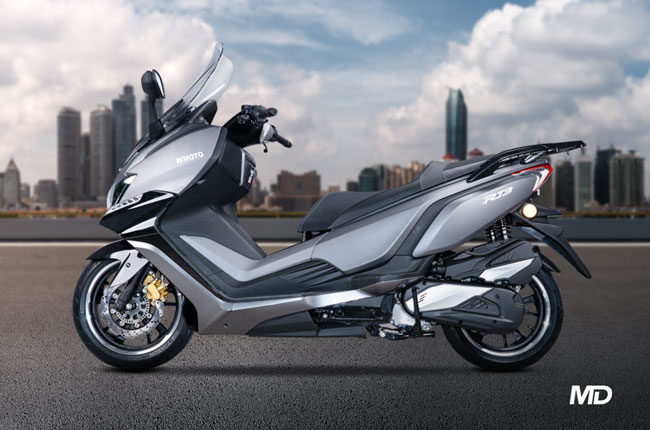 The WMoto RT3 is made by Chinese motorcycle giant Zongshen, and has been rebranded in the Malaysian market under the WMoto name. That said, if the RT3 were to make it to the Philippines, we would likely see it as an addition to the model range of an already existing name brand.  For reference, some Rusi motorcycles are in fact produced by Zongshen, and subsequently rebranded for the Philippine market.

Powering the RT3 is a single-cylinder, fuel-injected engine bearing 247cc of displacement. A four-valve cylinder head and dual overhead cams lend themselves to a healthy 25 horsepower. Suspension duties are handled by a run-of-the-mill setup consisting of standard telescopic forks and twin shock absorbers. Selling for the equivalent of P185,000 in Malaysia, this scooter would undoubtedly make for an enticing option for those looking for a slightly more capable motorcycle, as compared with the crop of 150cc machines in the local market.