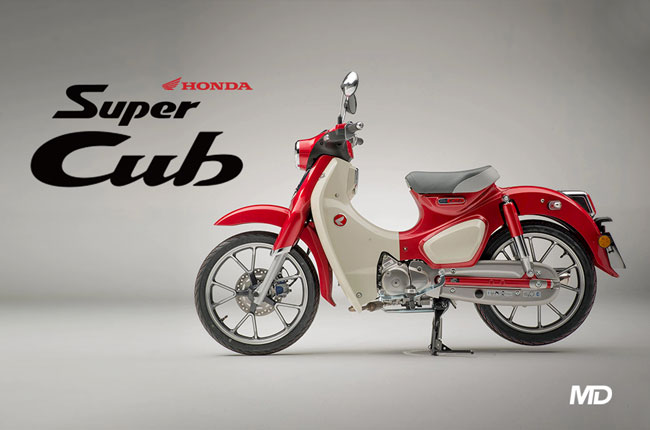 Holding the title of best-selling vehicle in the entire world is no mean feat. Ever since its birth in 1958, the Honda Super Cub has sold more than one million units worldwide. Loved the world over thanks to its ultra-simplistic design, the Super Cub carries with it undeniable charm and a level of practicality that’s hard to beat.

When it first debuted more than half a century ago, the Super Cub featured a rudimentary 49cc engine mated to a three-speed gearbox. Equipped with an underbone chassis, low seat height, and easy handling, the Super Cub was super easy to ride, so much so that it was, and continues to be, the vehicle of choice for female riders, young professionals, and general commuters across the globe. This charming motorcycle saw continuous production for more than half a century, and hardly changed in terms of design. While its engine capacity gradually increased throughout the years, and more modern-day tech was fitted onto the bike, its overall styling remained greatly unchanged.

These days, the Honda Super Cub has become an icon, a living legend which no longer appeals to the common commuter looking for a cheap, no-frills, A-to-B machine. In fact, the Super Cub has become a bona fide retro-modern machine, comparable to those of Vespa and Lambretta. That said, the modern-day Super Cub can often be found mingling in the same circles as these top-shelf scooters.

New for 2021, the Honda Super Cub made its ASEAN debut in the Bangkok International Motor Show (BIMS). Designated as the C125, the updated scooter features a 125cc air-cooled, single-cylinder engine. Designed as a tractable and docile commuter, the engine has a very smooth and refined character, thanks to a single-overhead-camshaft setup, and a two-valve cylinder head. It also comes with Honda’s Programmed Fuel Injection (PGM-Fi) technology, boasting a stellar 71.4 kilometer-per-liter fuel range.

Now with the launch of this highly sought-after scooter in the ASEAN market, there’s a glimmer of hope that we could soon see this bike in the local market, perhaps as one of Honda’s premium offerings.