If it weren’t for our country’s 400cc highway rule, chances are the 300cc-class of motorcycles would have gained massive popularity in the Philippines. Not only are they more powerful and better specced than their smaller counterparts, they also serve as a happy medium between beginner bikes and full blown big bikes. For instance, in Yamaha’s lineup, the YZF-R3 serves as an excellent middle ground between the YZF-R15, and the fire breathing YZF-R6.

Having said that, expressways aside, the 300-class of motorcycles still has quite a number of things going for it, especially when it comes to features. With that in mind, Honda has rolled out the 2021 CBR300R sportbike in the USA. With fierce competition from many other manufacturers, the CBR300R has been updated to feature a few tweaks that keep it at par with its rivals.

Would you like to see the Kawasaki KLR650 in the Philippines? 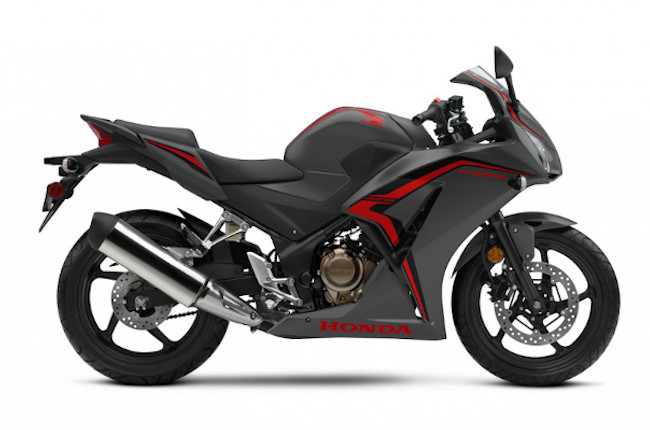 For starters, it comes equipped with a 286cc single cylinder engine which features liquid-cooling, fuel-injection, and dual overhead cams. All these tweaks now afford it a healthy 30 hp and 27 Nm of torque. Additionally, the new engine features slightly weightier counterbalancers which ultimately result in a smoother ride. Subsequently, the ECU has also been returned to provide sharper and more direct throttle response.

On paper, the Honda CBR300R’s performance figures seem to resemble that of the CFMoto 300SR. That said, it could slot itself in the entry level sportbike market in the country, and serve as a nice gateway drug into big bike riding with riders eventually upgrading to the bigger and badder CBR500R. Unfortunately, there still isn’t any word as to whether or not Honda will be bringing this bike into the Philippine market. However, given the increase in popularity of bikes like the CFMoto 300SR and the Yamaha YZF-R3, could Honda soon follow suit with the CBR300R in the Philippine market?