Triumph has just announced that their TE-1 electric prototype has completed its final stage of testing. With the live testing concluded it’s only a matter of time before the British motorcycle brand goes live with a reveal of its all-new electric prototype.

As for what the model looks like, it definitely bears a resemblance to the Triumph Street Triple or Speed Triple RS, and it’s not entirely impossible that a Street Triple’s headlight was used, though we’re not complaining due to how iconic it is. Other than that, there is no trace of an engine on this bike, but we can clearly see Triumph’s expertise in chassis design and engineering, as well as the single-sided swingarm and the Brembo brakes up front that give the impression that this won’t be your regular electric motorcycle built for economy.

If the Triumph Trident 660 got a sportbike cousin, would you get it if it looked like this? 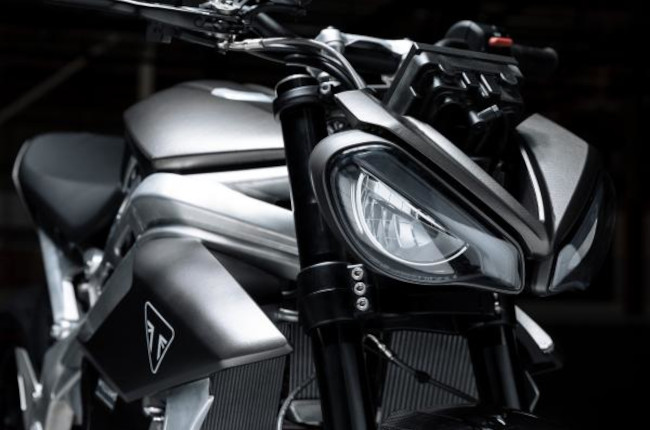 The project was developed in partnership with Williams Advanced Engineering (WAE), and the Warwick Manufacturing Group (WMG) at the University of Warwick. In the automotive scene, WAE’s known for its Formula One team, but fans will know that the company does so much more than make some of the fastest race cars in the world. WAE flexes its expertise in other areas such as aerodynamics, thermodynamics, manufacturing, product delivery, and electrification.

Being a multifaceted company, Triumph went to WAE to get a little help in the completion of the TE-1 project. Following that, the WMG also pitched into the project and is also known for conducting research into intelligent vehicles, organizations and societal transformation, digital technologies, and more.

The last stage of the TE-1’s development was live testing, which Triumph has deemed satisfactory in order to move forward with the reveal. Triumph has set the date: July 12, 2022, and it will show the bike, its specifications, and its capabilities as an EV—including range and charging times.

Stay tuned on July 12, 2022, because this will be the first-ever electric Triumph in the world. While it won’t be sold to the public just yet or at all, it’s a sign of things to come for the Triumph brand in the near future.