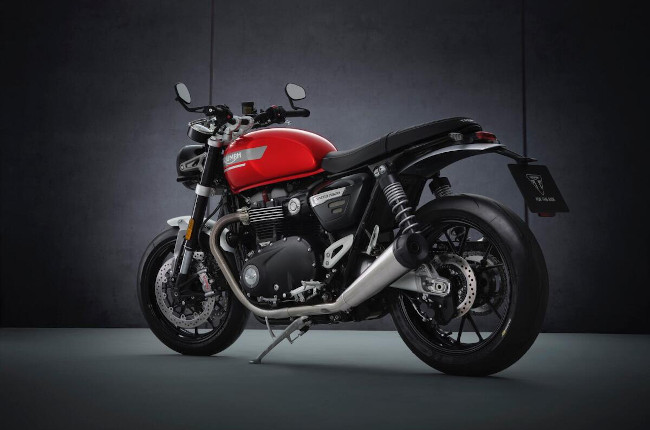 The Triumph Speed Twin is defintely a motorcycle you don't see everyday. One of the heavy-hitters in the Hinckley company's Bonneville range, the Speed Twin takes the tried and tested Bonnie platform, and puts it on an intensive workout regimen. Already impressive by modern-classic standards, Triumph has gone ahead and given its powerful roadster a refresh for the 2021 model year. Here's what we can expect from the new and improved Triumph Speed Twin.

For starters, Triumph has added even more Speed to the Twin by improving the Bonneville-derived 1,200cc parallel-twin motor. Loved for its lopey exhaust note and V-twin-like power deivery, the 270-degree crankshaft-equipped motor has been given the Euro 5 treatment, and now pumps out an exhilarating 98.6 horsepower at 7,250 RPM. Triumph's engineers have tweaked the engine to produce a better spread of power and torque across the rev range, making it an overall more fun and tractable machine thant the outgoing iteration. Some of these revisions include a lightened crankshaft, redesigned stator, and other tweaks meant not only to improve performance, but maximize longevity, as well. In fact, Triumph claims that the oil-change interval for the new Speed Twin is an impressive 16,000 kilometers. 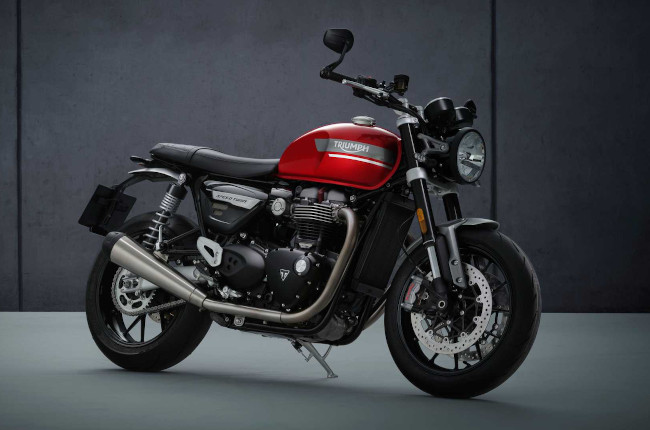 Apart from the new and improved engine, Triumph has given the Speed Twin's chassis and brakes a slight makeover, too. The British manufacturer has turned to its neighbor in Italy, Marzocchi, to provide a new 43mm inverted front end which comes with internal cartridge damping and a decent 120mm of suspension travel. The rear suspension setup remains unchanged, with twin gas-charged shock absorbers handling suspension duties out back. Another impressive update comes in the form of the braking hardware. The new and improved Speed Twin gets a twin Brembo M50 4-piston radial monobloc caliper setup at front—similar to what we find on track-focused machines—latching on a pair of 320mm rotors. Meanwhile, a single Nissin 2-piston setup handles braking duties in the rear.

Features-wise, Triumph has decked the Speed Twin out with ABS, switchable traction control, and full LED lighting. To manage the power output of the motor, the bike has been equipped with three riding modes—Rain, Road, and Off-Road—which can all be toggled via the bike's anolog-digital instrument panel. While Triumph Philippines has yet to make any announcements with regards to the availability of the new Speed Twin, we're certain that this bike will make its way to Philippine shores in a matter of months. That said, the current generation Speed Twin retails starting at P990,000.