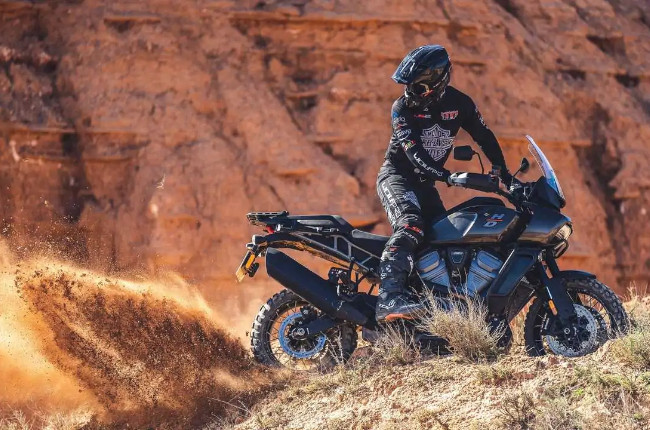 Harley-Davidson’s Pan America 1250 has breathed new life into the brand not just in the Philippines, but across the globe. The model is a monumental one for Harley because it’s one that embraces technology and innovation in order to bring a competitive adventurer to the market.

Now, it seems that H-D is bringing another model to the table in the form of a smaller middleweight adventurer that uses the company’s new 975 series of Revolution Max engines, the same one found in the Nightster.

It’s a good move for Harley to use its modern motor in its new bike. One time, Harley-Davidson accidentally published accessory compatibility data on its website, detailing that the 975 Pan America was one of the units that the accessory would fit. The “leak” revealed that the internal code for the Pan America model is actually “RA” then the numbers suffixed to the end note the displacement of the model, RA975 was one of the models that the accessory detailed.

After eagle-eyed journalists got wind of this, the listing was taken down. It sparked a flame with others, like Dennis Chung of Motorcycle.com, to further investigate the model. What came up was three National Highway Traffic Safety Administration service bulletins that confirm the existence (or further existence) of a 2022 Harley-Davidson RA975 and RA975S models. On top of this, and going back to that “leaked” accessory, Chung also got a hold of installation instruction screenshots from nine different countries, Bulgaria, Croatia, Estonia, Greece, Latvia, Lithuania, Malta, Slovenia, and Ukraine.

RA975 could be the H-D’s internal code for its standard model with the special being marked RA975S.

However, due to the company’s supply chain issues, the model will be delayed until sometime this year or perhaps early next year, assuming that the supply chain woes get cleared out in time.